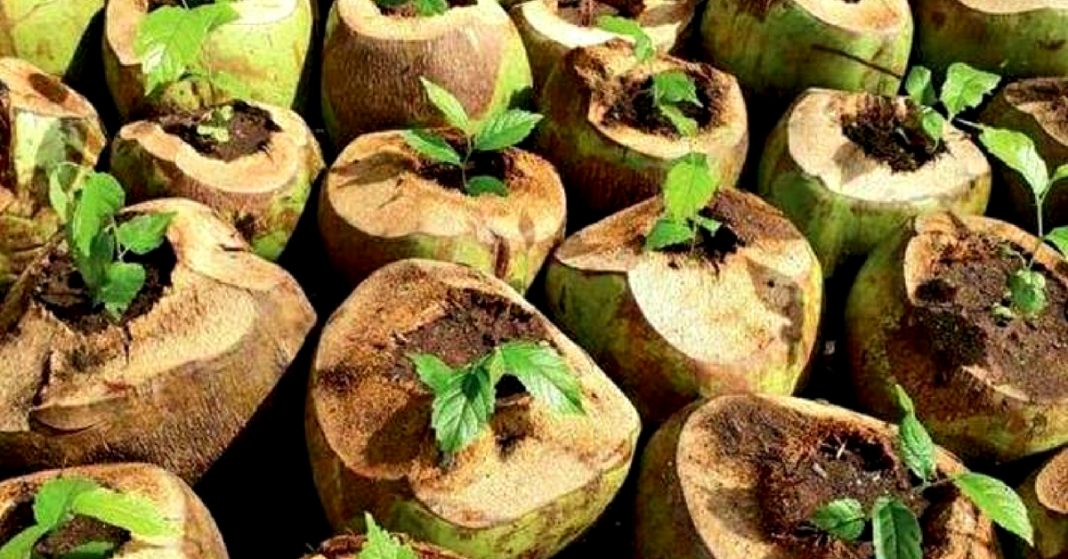 Our environment and nature are at a very big risk which has finally started alarming people on a large scale. More and more drives are being conducted for people to unite and clean their surroundings, as well as, dump the use of plastic bags and single-use items. People are being informed in a much more comprehensive manner about how their daily items are slowly and steadily killing our planet, and they’re acting positively on it.

Maharashtra has banned the use of plastic bags and then some are willingly making some really hard yet important changes. People in Delhi came forward against the cutting of trees and they’re actually able to stall the cutting process with the help of Delhi high court.

As for Gujarat Forest Department, they took note on something that we often ignore while doing the good. And that is the plastic bag in which a sapling comes for plantation. One is left with just two choices, either to bury the sapling along with the plastic bag or throw it away. Either way, the bags contribute towards the damage of the environment since they are neither biodegradable nor a healthy element for the soil.

Situations like these tell us how deeply plastic has reached in our lives, one can’t skip it even while doing the good for this environment.

But rather than succumbing to the problem, Gujarat Forest Department found out a simple solution to plant saplings temporarily before they settle in the soil for good. It happened while the department was collecting garbage from the towns. What they noted the most in the garbage was how many coconut shells are thrown away by people after consuming coconut water from them.

District Collector, Sujal Mayatra, then proposed the idea that saplings be placed in coconut shells so that they can be planted in soil as is. SK Puwar, the deputy conservator of forest in Chhota Udepur, Gujarat, told the Times of India, “The shells have been chopped from the bottom so that when the saplings are planted in the ground (along with the shells), there is enough room for roots to grow.”

He even said that since the shells are biodegradable, they will not be affecting the plants in a negative manner. In fact, upon degradation, these coconut shells will provide the plant some important nutrients that it possesses.

The department has already planted more than 1500 saplings in coconut shells and it’s turning out to be great. More importantly, the forest department is now getting the samplings ready in coconut shells to distribute them among people during the Van Mahotsav programme, to be held in July.

This is indeed a great idea, for both the plants and for the soil, without hampering the well-being of our environment.