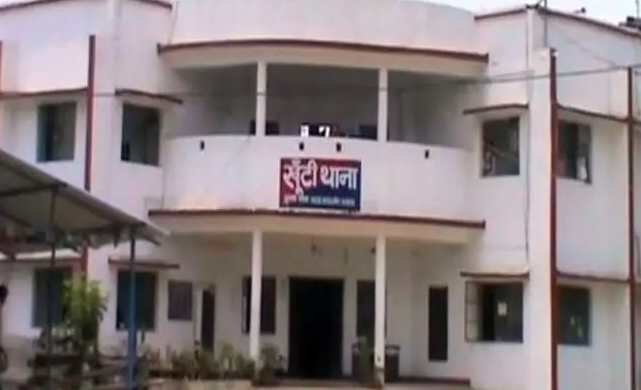 As much as you would not want the two words to appear together in the same sentence, India and crime seem inescapable and inseparable. It’s rather extraordinarily painful to reflect that a country that promises to keep its women safe, considering them as integral to the functioning and spirit of the country can hardly keep its women safe.

Perhaps, it won’t be a misnomer to suggest that not a week goes by in the country where one doesn’t hear about a woman being raped, a daughter not snatched away whilst going to college, and even a minor girl gang-raped mercilessly. Adult women, young girls, minor kids- they are all equally vulnerable out here in India, where problems protrude to the size of the earth regarding the fate and safety of the genteel, kinder and more compassionate gender.

But pehraps nothing exacerbates the woes of the country as much as the recent unforgettable horror in Ranchi. The five women who were gang-raped in Ranchi, Jharkhand were actually performing a street play innocently and ever so harmlessly when they were picked up rather unsuspectingly by a group of vile, uncouth men.

Although, that is not all. While rape in itself, a gory crime, something that possibly no other heinous activity can ever match, what the six-men proceded ahead to do further spells unmistakable horror- something that few would’ve imagined. It’s now confirmed that the 5 women who were gang-raped were forced to drink urine whilst they were held captive.

What on God’s good earth has gone wrong?

While no amount of repentance can heal the wounds of the tormented women, who were snatched away abruptly from the streets of Ranchi as they were busy performing their street play, it appears that a tiny bit of justice has been served.

All of the six men who had abducted and raped the women have been identified according to the Jharkhand Police. Two of the six men, a senior state police officer, said have been arrested while the other four, out on loose are still being hunted.

The two men who had been arrested have already confessed to their crime and have confirmed the gory details that were being feared. All around the state as also in the rest of the country has there been a growing outrage regarding the condition of the women and how there were tortured. There’s hardly been a dearth in the clamour regarding the ill-treatment extended to the womenfolk in India. And therefore, such uncalled for episodes do no better than send chills down everyone’s spine in the country.

Some details about the spine-chilling instance of terror are also now in the public domain:

These six men had abducted what was an 11-member group of women. This including the five women, who were in the largely tribal district, Khunti, at about 100 km from state capital Ranchi for an awareness campaign in a school, drove them into a dense forest about 30 minutes away and gang-raped the women between the ages of 20 and 35.

Despite several cries and pleadings by the captive women, the men just did not stop. It’s believed that the women cried their lungs out and were already in a desperate situation but to no avail. Their torture would continue and the vile treatment from the men would be on.

Just when you thought that this incident had nothing more despicable and heinous more terrible details emerge. The utter misconduct and the lewd nature of the crime only goes on to multiply.

This was no crime of passion, according to the police investigating the matter. It’s established now that the men had filmed the entire episode on video. The women, it is known, were actually working on the part of an NGO- Asha Kiran. This is supported by a local Christian Missionary movement. It’s rather unfortunate that when the episode happened, the girls were engaged in a clean, important act aimed at educating society through a play based on a positive social message.

Amid the furore of the episode, it’s indescribable that the father, who runs the school the girls formed the part of had advised them against reporting the crime to the police. He instead, wanted them to focus ahead and leave the episode behind.