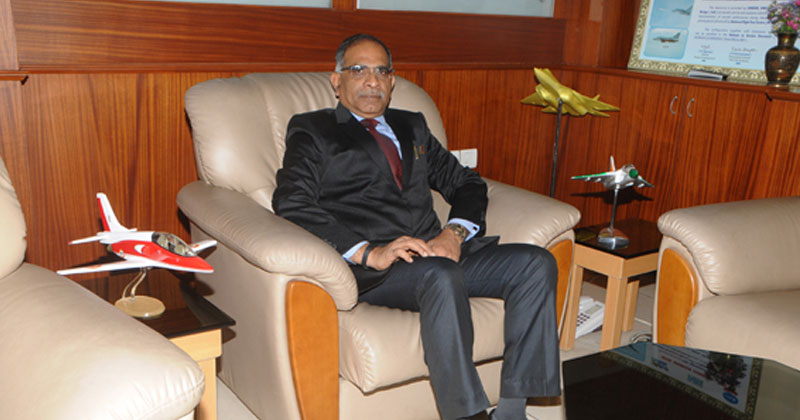 Long before the term ‘Make in India’ became part of India’s political lexicon, it was in a way confirmed by a famous nineties pop number by Alisha Chinai- Made in India.

So in that way, the famous ‘Make in India’ program of the Government of India has become one of the cornerstones of the world’s largest democracy in the 21st century is not really surprising, if one were to think of it.

That said, a lot about Make in India, from the fundament of developing India’s myriad sectors has to be addressed and that manufacturing in the realm of Defense could well be one of the things that may take the country ahead.

Isn’t it? What do you think?

On that note, the former Chairman, HAL, Mr. T Suvarna Raju, an alumnus of India’s prestigious National Defence College, shared an interesting perspective about one of the country’s noted campaigns- Make In India.

Speaking at a recent IIT Bombay event, Mr Raju shared the following and quoting him directly on the observation here:

“While Make in India is good, you need to turn your innovations into industrialization or a product that will be useful for a civil or military purpose,” he said.

“While we have a good start to make a breakthrough innovation, it needs to be materialized into an industrial product.

There are a lot of steps before you reach your customer. You need to push your product till it reaches the customer you had in mind.”

The above told, Mr Raju also shared that a lot of persistence and patience would be needed by the country if it is to utilize the concept of Make in India especially in the realm of Defence.

And why not, one asks? We are as it is, in an age where unless and until the end-product reaches the hands of the final customer (consumer, howsoever one wished to put it), one cannot say that the end-goal has been reached- isn’t it?

God Must Be Kind! Modi Ji Praises India During Coronavirus Outbreak. But Why?

Your Dreary Coronavirus Update Of The Day: 336 New Cases In India, 56 Overall Deaths

A News That’s Not On Corona: Delhi Student Arrested For Having Played A Part In Delhi Communal Rights