India and Indians are slowly escaping the folk narrative of this country, only to be drenched in elongated and confusing sub-categories of music that isn’t even made by any real musical instruments and human beings. However, there are still some who love to relax and escape the monotony of this life by simply residing in the beautiful and effervescent Sufi music.

One of the biggest names in the genre, in India, is definitely the famous musical duo – Wadali Brothers. Hailing from Amritsar, Punjab, this duo has been swooning their listeners, around the world, with their music for a long long time now. 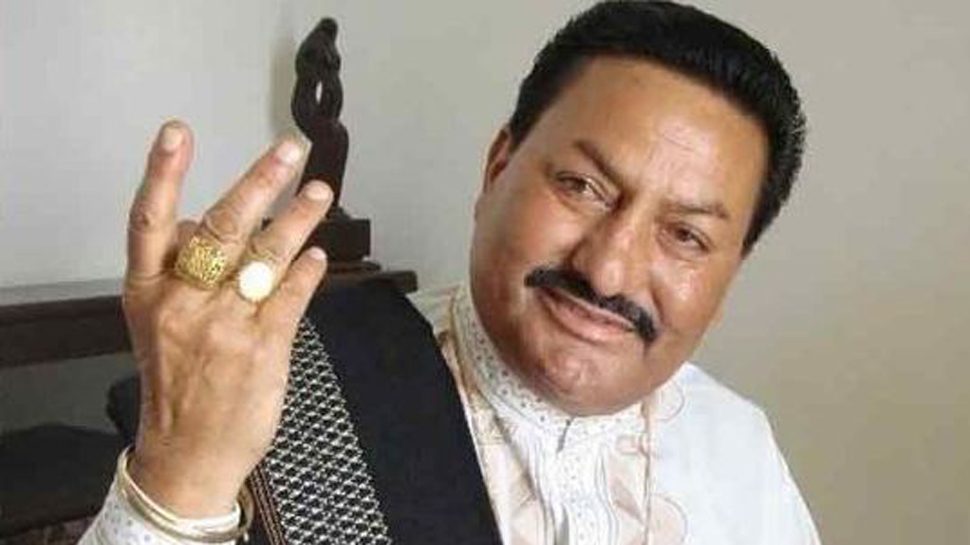 However, on Friday, March 9th, 2018, the younger of the legendary duo, Pyarelal Wadali took his last breath at Amritsar’s Fortis Escorts Hospital. He was 75 years old and was not only popular in India, but around the world for his contribution to the Sufi music.

It’s not only a sad day for the Wadali family and their fans, but also for everyone who has anything to do with the Sufi genre as a whole. There’s so much to the genre than what meets the eye or the ears for that matter.

Wadali Brothers started their career as Bhajan singers and soon transitioned to the mainstream Bollywood with soulful music like Aye Rangrez Mere (Tanu Weds Manu, 2011) and Ik Tu Hi Tu Hi(Mausam, 2011) and their most famous number Tu Maane Ya Na Maane, which they went on to sing as part of Coke Studio, among many others.

Here’s how the fans reacted to Pyarelal Wadali’s demise. While some shared their favourite songs by the duo, others just said a heartfelt thank you. Check out the tweets over here:

Wadali brothers have charmed us with their earthy mix of mystical Sufi poetry and energetic qawwalis, and an endearing sense of humour. Sad to hear of the passing of the younger one, Pyarelal. RIP #PyareLalWadali https://t.co/Si7TPPcubE

A sad day for the world of music… can’t believe the legendary #PyareLalWadali ji is no more..
May God bless his soul.. His music will always remain alive ?? pic.twitter.com/CedVODt4jd

Punjab De Shahenshah singer #PyarelalWadali Ji who took the Punjabi literature and music to highest levels across the globe leaves this world today. May his soul RIP.
What water is to fish #WadaliBrothers is to Punjab.#Respect #RIP #LegendarySufiSinger pic.twitter.com/6lUKXWBlwN

So sad to hear about the demise of #PyarelalWadali sahab due to a cardiac arrest in Amritsar. I have done numerous shows with him. He was such a fine artiste and simple person. Wadali sahab…pray that you are in peace? pic.twitter.com/KBjfPh3dut

Sh #PyarelalWadali ‘s demise has robbed our nation of a sparkling singing rarity, whose talent transcended the boundaries of space and time! My condolences to the family and millions of fans, who were mesmerized by Sh Wadali's unparalleled Sufi renditions. #RIP

A sad moment for the Sufi music world and a personal loss. Have many fond memories of #PyarelalWadali, the younger of the Wadali Brothers fame. His sudden demise has left us all aggrieved. I’ve asked the administration to ensure ceremonial honour for his cremation. pic.twitter.com/4TNvq83mgO

Sad day for the music industry and music lovers !! #PyareLalWadali ji is no more with us..may his soul rest in peace ???? pic.twitter.com/y1kncGQ0Zb

Deeply saddened by the demise of Ustad #PyarelalWadali Ji, younger of the famed Wadali Brothers duo. This is a sad day for music industry and music lovers. My heartfelt condolences to his Family, Friends and Followers. May his soul #RIP pic.twitter.com/qwgZfCt4NM

really sad to hear the demise of #PyarelalWadali ji.
Many great singers die of cardiac arrest which proves the fact that they really sung songs right from their https://t.co/iU0Zsy4u79 in peace.

Ustad #PyarelalWadali ji, Entire world will miss you, one of great person who was capable of rising to ecstatic spiritual heights by offering full-throated musical homage to the Almighty through Sufi music.?? #RIP

Saddened to hear about the demise of Ustad #PyarelalWadali due to cardiac arrest in Amritsar,Punjab. My deepest condolences to his family,friends & countless admirers.#RIP pic.twitter.com/fGMBs70Vsf

So sad to hear about the demise of #PyarelalWadali sahab due to a cardiac arrest in Amritsar. I have done numerous shows with him. He was such a fine artiste and simple person. Wadali sahab…pray that you are in peace??????? pic.twitter.com/FzGzMwm4kk

My condolences on the passing away of Sufi Singer, #PyareLalWadali ji of the famed Wadali brothers.

He was not just an acclaimed singer, but an extremely gentle human being. Prayers for his family, friends and countless music lovers. May his soul rest in peace. ?? pic.twitter.com/9Sl9w3q3Cd

With a long and glorious career that Wadali Brother have, with is your favourite song by them?