If there’s a man the entire nation would talk about for the next 40-50 years in terms of making something huge from scratch, then it has to be Dhirubhai Ambani. The man who came to Mumbai to work hard and create a life for himself and his family, with mere Rs 500 in his pocket.

His journey has inspired many and more than that, it has given a living proof of success in the face of the Ambani family that contributes to one of the richest men in the world and one of the richest families in the world. Reliance Industries was literally built from scratch and its legacy lives on with a glorious past, present and future. It was founded in the late 1950s by the late Dhirubhai Ambani, a former petrol-pump attendant, who even in the 1960s lived in a one-room chawl in Mumbai with his wife and children.

Now, the industries have grown and dominated sectors like the manufacture of synthetic fibres, textiles and petrochemical products, oil and gas exploration, petroleum refining, besides telecommunications, media, retail and financial services.

The man has had one inspirational journey that can inspire anyone to work hard, no matter what and build a life they dream of. Here are 10 Dhirubhai Ambani quotes that will give you the desired inspiration you’re longing for, to get your work done. 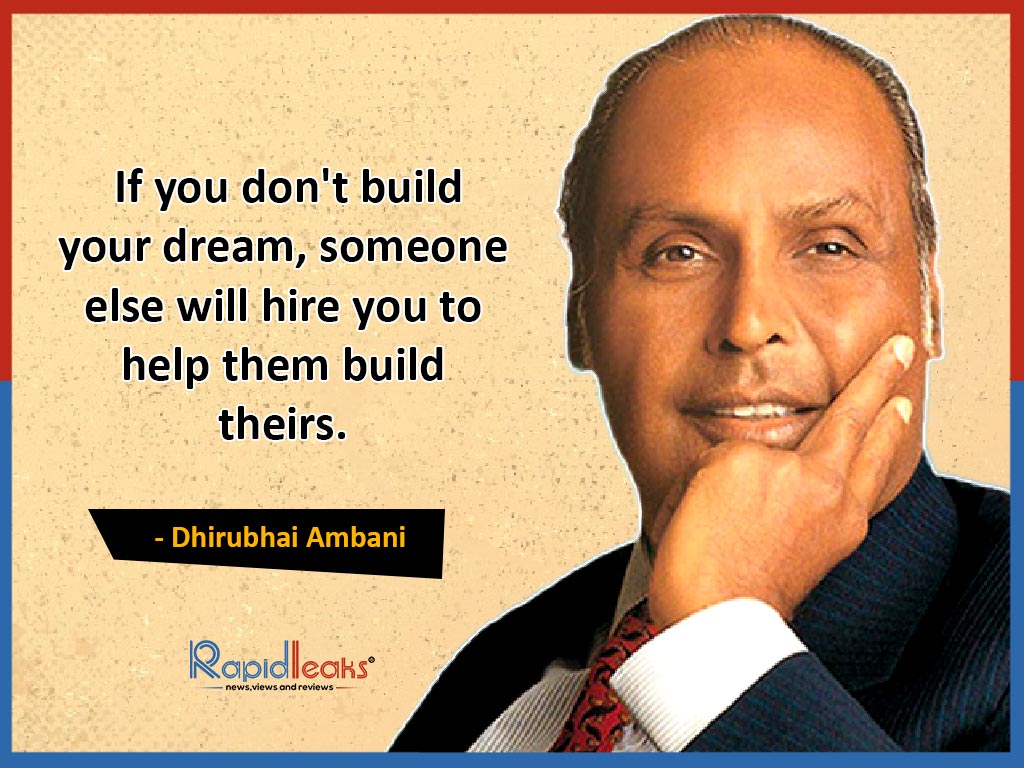 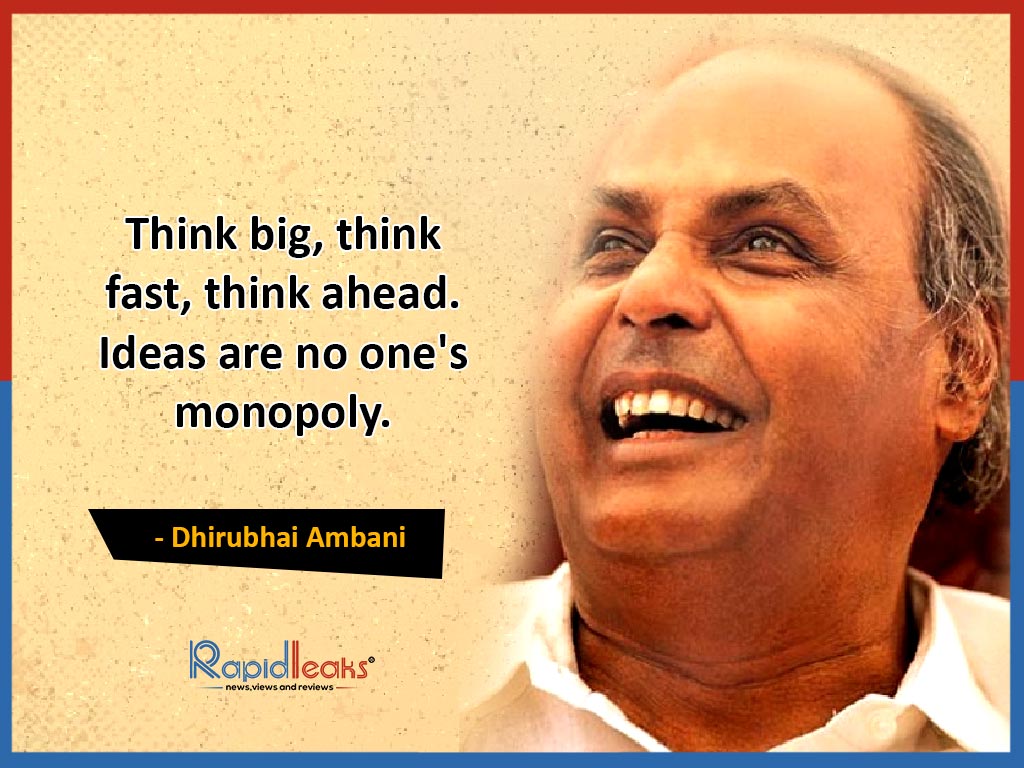 3. Work for your success. 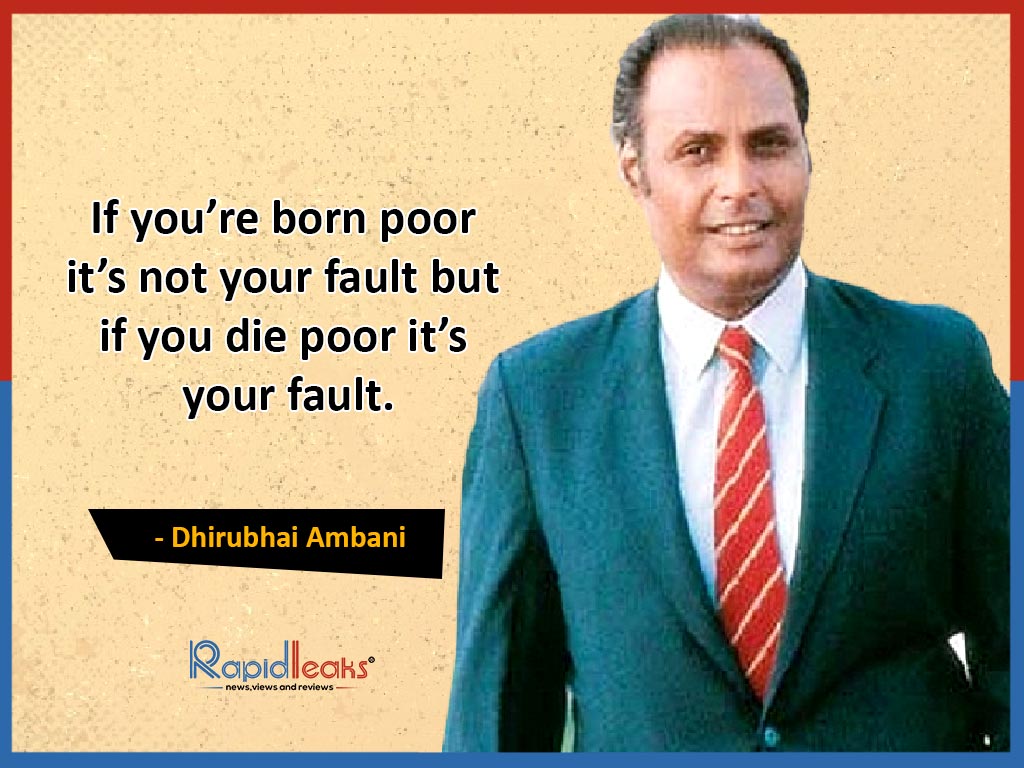 4. Make more efforts toward the future you want to live. 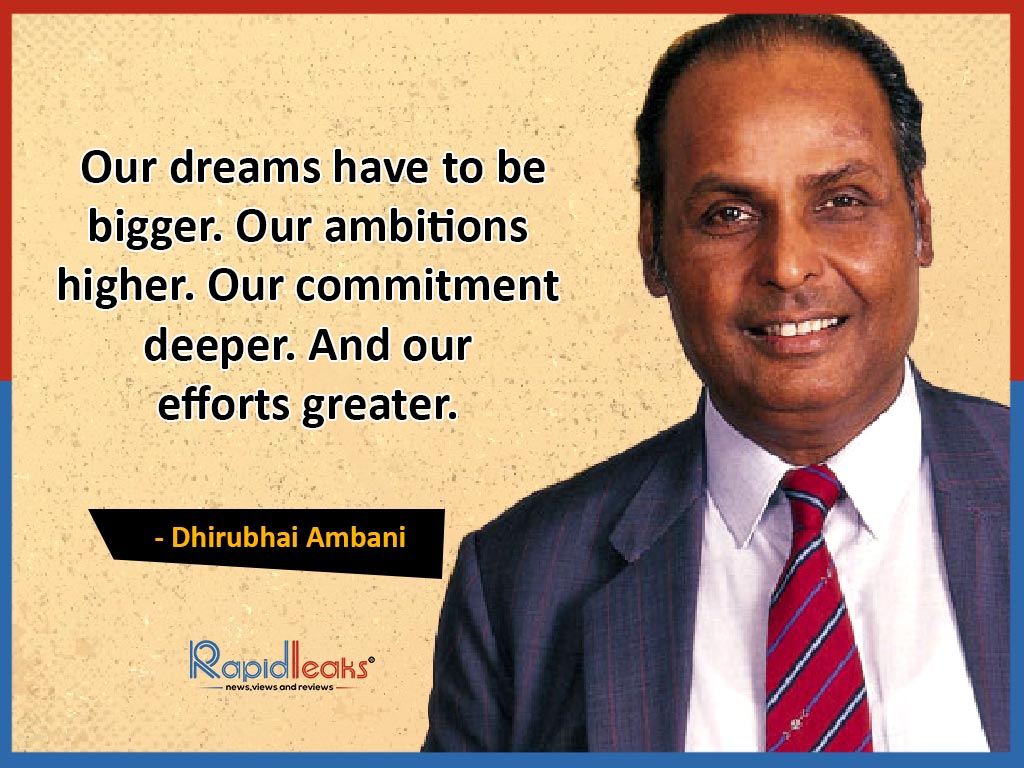 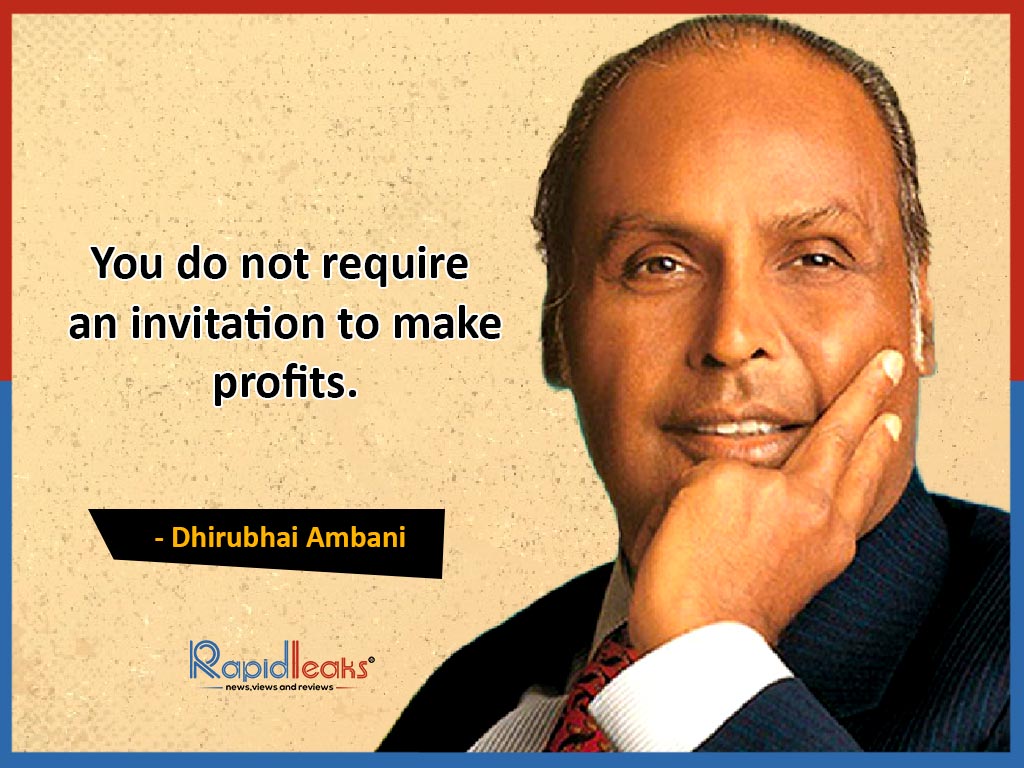 6. Look out for opportunities and take them. 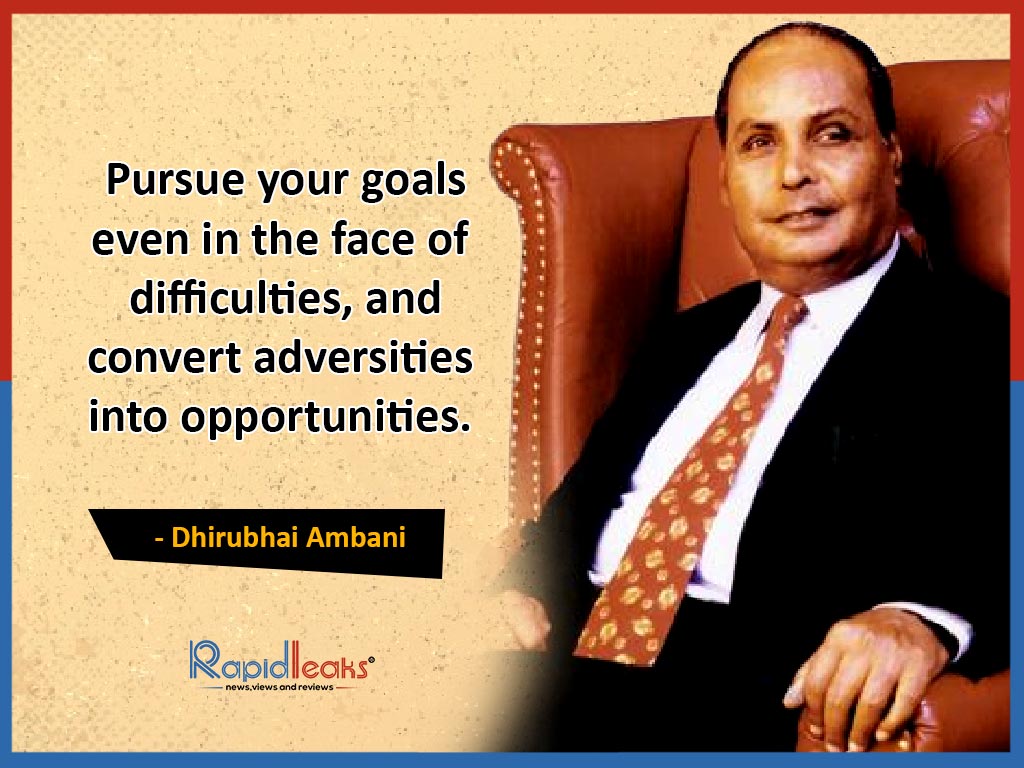 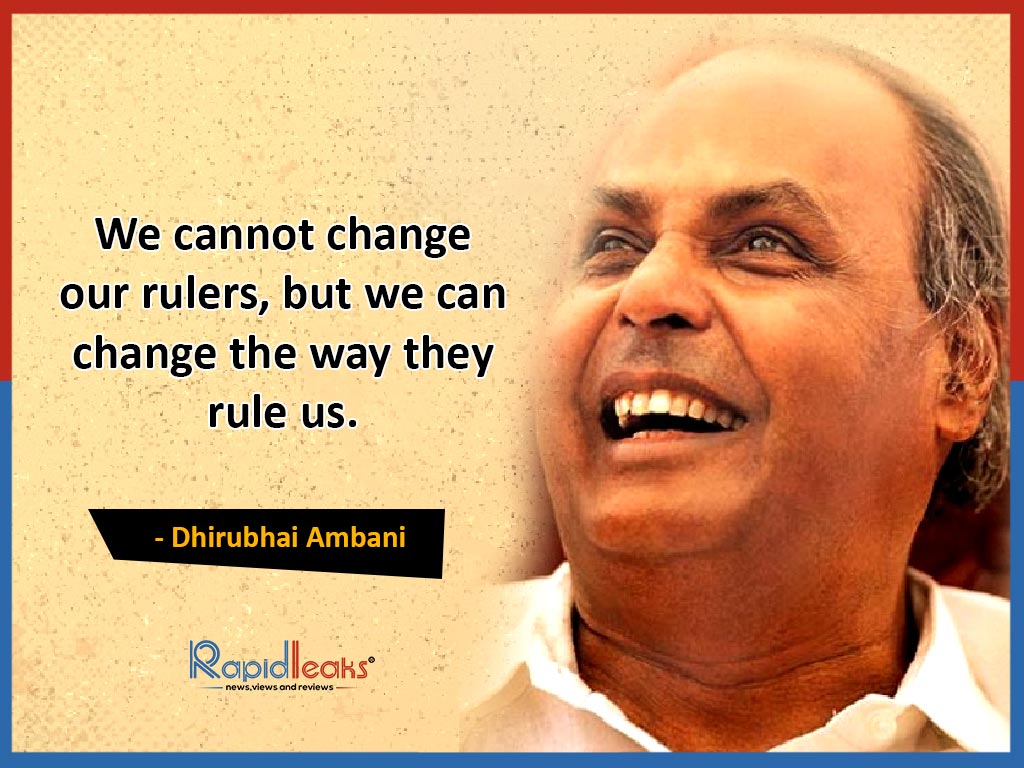 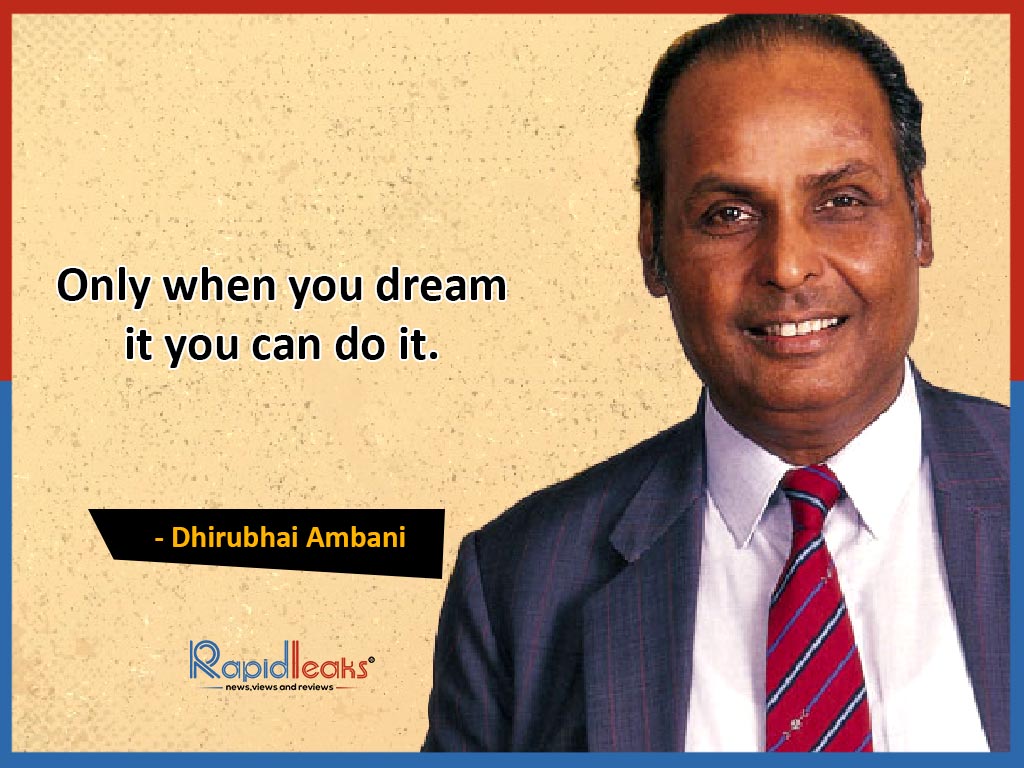 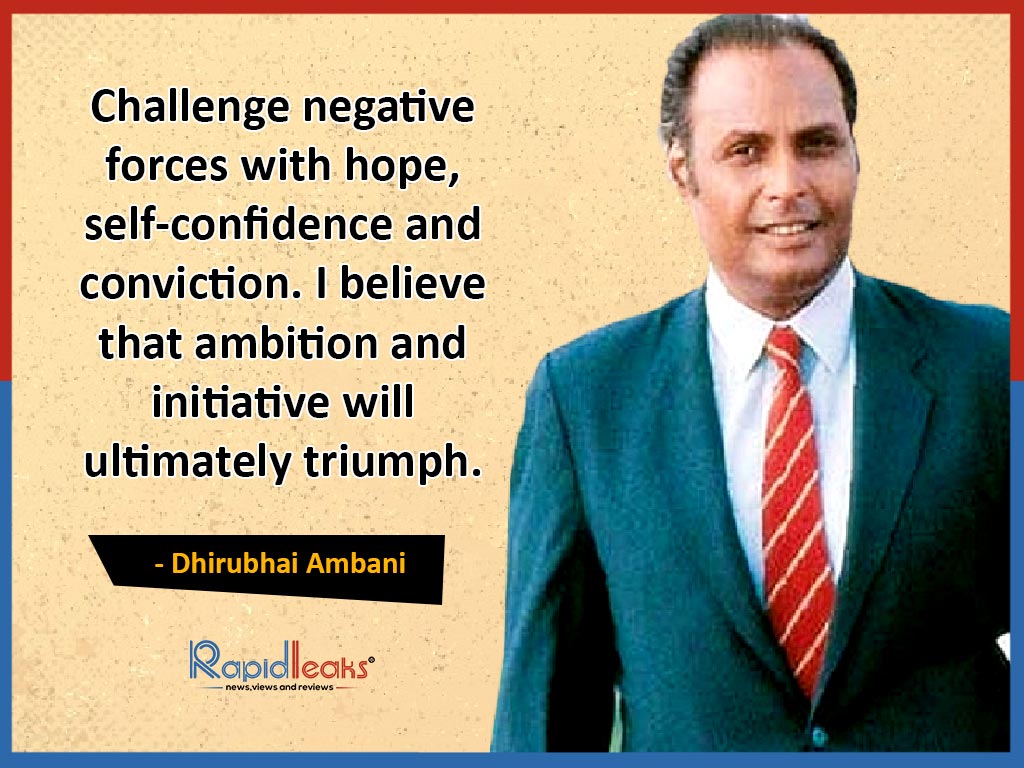 10. Battle with your deadlines. 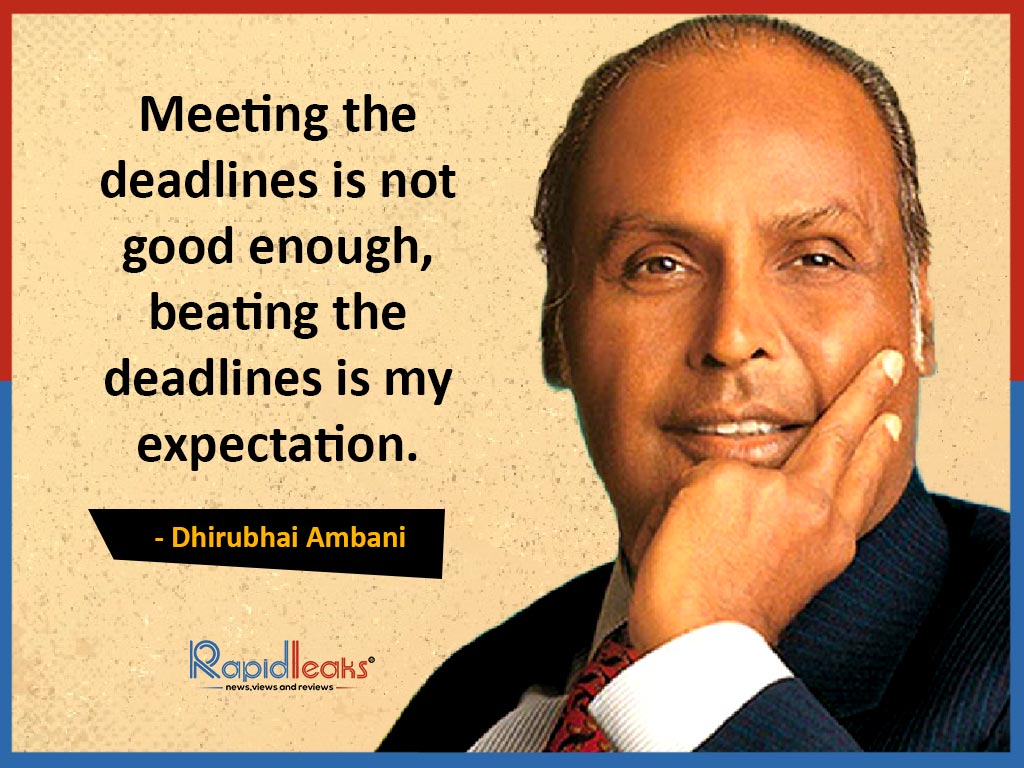 Work toward the life you dream of and see it becoming a reality, these Dhirubhai Ambani quotes are real and inspiring in each and every way.