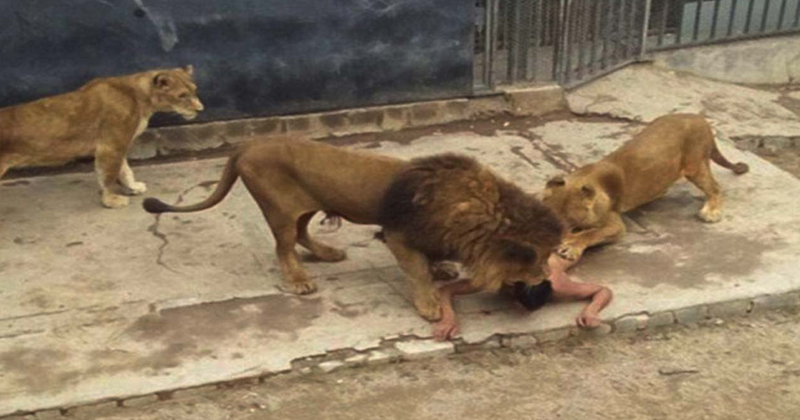 In a traumatizing incident, two lions were shot dead in a bid to save a man who attempted suicide by stripping naked and jumping into the cage at Santiago Zoo, Chile.

24-year-old Franco Louis Ferrada was almost mauled to death by the lions but zoo authorities opened rounds of fire and killed the animals on time.

Following the death of beloved animals, the man was rushed to hospital in grave condition with injuries in pelvis and head.

The man, reportedly, was carrying a suicide note in which apocalypse was written as the reason of his death wish.

As per eye witnesses, he was shouting some religious slogans about Jesus and provoked the lions after which only they attacked him.

The incident happened on Saturday morning during the peak holiday rush and it was witnessed by several visitors including children, who were left in ghastly state.

The zoo director, Aljandra Montalva, defended the staff’s action of shooting the lions saying that there were no quick tranquilizers available to stop them.

However, she said that she is “deeply affected” by the loss of two members of zoo family, male and female.