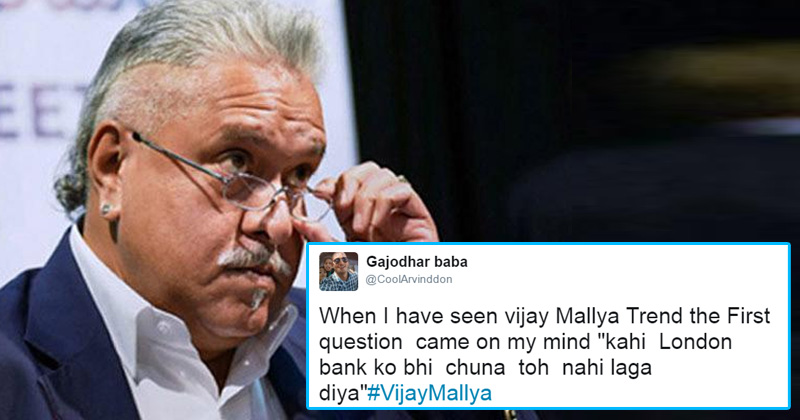 Vijay Mallya, a proclaimed offender, was arrested by Scotland Yard in the UK today. The long-awaited request for Vijay Mallya’s extradition was finally carried out. He will now be appearing at Westminster Magistrates’ Court in London, later today and many are expecting his deporting.

On 8th February, India gave a formal extradition request for Mallya as per the Extradition Treaty between India and UK through a note verbale. India had asserted that Mallya’s extradition is important as there’s a “legitimate” case against Vijay Mallya. They also put the entire matter before the UK in such a way that it would show British’s “sensitivity towards India’s concerns”. The request was set into motion and the British government sent India’s request to a district judge for further action.

Vijay Mallya’s arrival is too dear to Indians but just hours after he was arrested, the liquor baron has been granted bail, much to their dismay. However, at least for a couple of hours,  Twitterati just couldn’t stop bursting from happiness and flooded the social media platform with some of the most creative tweets we have seen recently, we must say.

Check out the Twitter reactions on Vijay Mallya’s arrest:

VijayMallya got arrested by London police, Dawood Ibrahim cancelled all his plans to visit London in next 5 years.

BREAKING NEWS: #VijayMallya is all set to join #RCB as a replacement of #Watson #RCBvGL #GLvRCB

KOHLI : We are at the bottom of the points table #VijayMallya : I am Coming…

why before MCD election??? #VijayMallya

VijayMallya’s arrest brings some relief being an ex-employee of @flykingfisher. What we have gone through-16 months of pending salary

Vijay Mallya – From Bar to Behind the Bar!