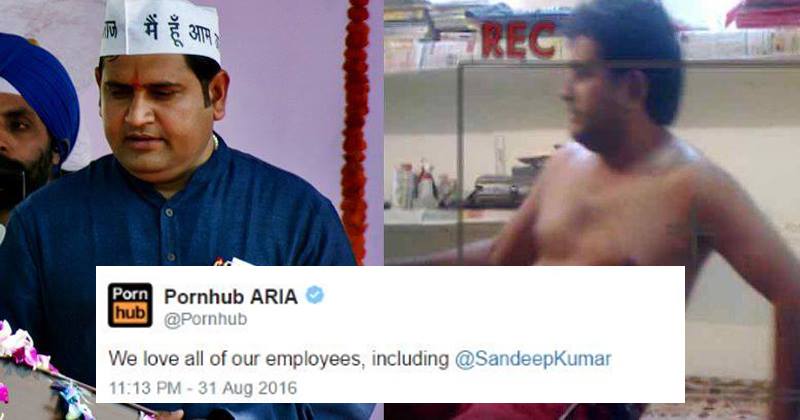 Sandeep Kumar who is Delhi’s minister for Women and Child Development, Language, SC, and ST was sacked on Wednesday by Delhi’s Chief Minister Arvind Kejriwal after he received an ‘objectionable’ CD with a 9-minute video that allegedly shows Sandeep Kumar in a ‘compromising position’ with two women.

Two other ministers of AAP, Jitender Singh Tomar and Asim Ahmed Khan had already met a similar fate on the charges of fake degrees and bribery in 2015.

Well, Kejriwal should have done a background check on his cabinet members but what’s done is done.

On Wednesday evening, Kejriwal posted about the sacking on Twitter in which he mentioned that this won’t be accepted and he is terminating Sandeep with immediate effect.

Here is what Kejriwal Tweeted:

Check Out Some Of The Bizzare Tweets Here:

CD could record a video worth 60 mins

but Sandeep Kumar did it in 9 minutes

Which was Sandeep Kumar's favourite test in school ?

sandeep Kumar the women and child development minister caught in compromising position with two women is Kejriwal's idea of development.

Sandeep Kumar was Women and Child Welfare Minister of AAP. This is how AAP does welfare of women. pic.twitter.com/Cvm2DNfckd

Sandeep Kumar should be sacked purely on the charges of using a CD in todays hi-tech times.

Blast from the past. Bang Bang pic.twitter.com/jXSYAtjp4W

My sympathies are with @SandeepKumar and thanks for alerting me.

We love all of our employees, including @SandeepKumar