In a country where there is no dearth of any crime, it only helps to know that a major criminal has been nabbed, and so what if the perpetrator has been nabbed outside the country or whether the final confirmation of it is yet to arrive.

Kindly do not read in between the lines; rather focus on what the line is, at this point in time.

It appears that a major gangster, someone who has an Interpol red corner notice against him has been nabbed, latest news suggests.

Gangster Ravi Pujari, a dreaded underworld don, wanted in tens of dozens of cases of threat calls to Bollywood personalities has been nabbed by the intelligence agencies in Senegal, in Africa.

Interestingly, and this one is for all lame rumormongers and misbelief-spreaders that the external intelligence agency of the country isn’t all that great (when compared to foreign agencies and blah blah blah- the usual passing of public judgment), the sleuths got a tip-off from sources and were quick to act and make the arrest.

That said, it’s just that the confirmation of the same has to be made here by the officials (in India).

Not only did the criminal make a name for himself being an extortionist, he was, at one point in time, also making threat calls to eminent lawyer Harish Salve.

Currently, the special cell is probing the same.

Here’s more. The significance of his arrest can be understood by the fact that Ravi Pujari was also the right hand man of Chhota Rajan but the two fell out after Dawood had attacked Rajan in Bangkok.

That told, Ravi Pujari’s wife, Padma had been arrested in the past in 2014 after he was extradited. And this arrest, coincided, with the registration of an FIR against Pujari, who had threatened Gulzar Azmi, the secretary of the Jamait-e-Ulema legal cell.

All that said, it is, if you were to think, a relief, at least, to an extent for those who had been troubled repeatedly by this brand ambassador (should one say) of shadiness. Is it not?

That said, as with most mega criminals who fall from grace, committing one crime after the other, Ravi Pujari, who was born in the Udupi district of Karnataka, originally started out as being a criminal in Andheri. He would soon make a name for himself- can you imagine the tag and expression- after he killed a gangster by the name of Baba Zalte.

The arrested had moved to Dubai- not the most cleanest mess, one often featuring in the soup- during the 1990s. 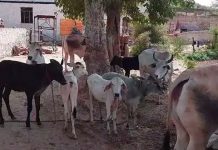