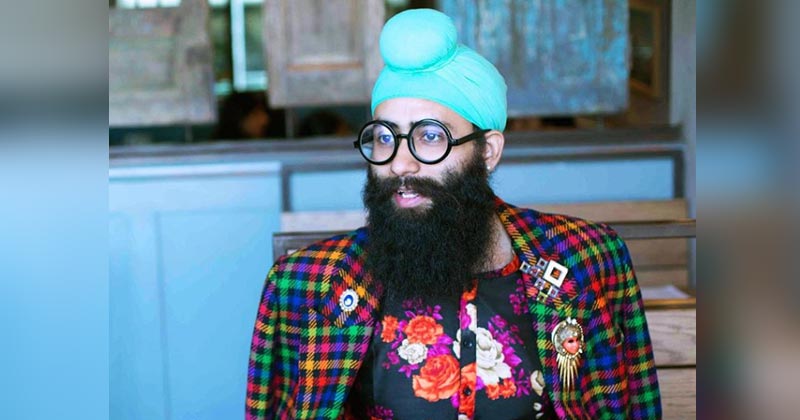 In one of the more weirder developments from the capital city, it appears that a Sikh man was denied entry into an upscale Delhi restaurant. So why did this happen and what exactly happened in this rather uncalled-for episode?

So here’s what you ought to know. Recently, a Sikh man confirmed the fact that he wasn’t allowed to enter one of Delhi’s upscale restaurants- We Qutub, in this case- owing to the kind of attire he was wearing.

Now, it remains to be asked what can a Sikh man wear at the end of the day? Common logic suggests that the one piece of attire that separates the Sikhs from the rest is the headgear, i.e., the Turban. But in this case, it appears that the Sikh gentleman was subjected to clear bias basis his religion and therefore, the attire coming into the picture.

The name of the Sikh gentleman who copped up the news in this scenario is known to be Param Sahib. He would, in the aftermath of the unwanted episode that saw him castigated from the upscale Delhi restaurant, take to popular social media platform Instagram and describe the unwanted episode.

On Instagram, he happened to accuse the restaurant staff and shared that he was unfairly dealt with subjected to misbehavior, when he visited the place this last weekend, along with a friend.

Below is the version of events described by Mr. Param Sahib, on his Instagram story:

He wrote this in his Instagram post: HI @wequtub, today later in the evening, I along with my friends was not allowed inside the premises on the grounds of being a Sardar and having an untrimmed beard, with a reason saying that I am not cool enough as per the other Hindu gentry.”

But that’s not all. Furthermore, he also shared that his female friend was treated to in a crass manner by the guy at the counter of the said restaurant.

In addition to the above, here’s the more bizarre part of the entire episode:

“The guy at the counter said that we do not let Sikh people enter the lounge and that’s their motto, to which he later rectified and said that he didn’t like my pink shirt!”

Now, one wonders just how strange is that? What on earth is so wrong or trouble-making with wearing a pink T-shirt?

One can’t help but state that what’s most appalling in the entirety of the episode is that in an age where everyone is practicing “inclusiveness“, treating one and all as “equals“, there are instances such as the unwanted occurrences at the We Qutub restaurant that caste humanity in a dubious and undesirable light.

But thankfully, in the aftermath of the dramatic episode, corrective action was taken by the staff of the aforementioned restaurant when they tried to contact the aggrieved in a bid to tender an apology.

Here are the concluding remarks by the man himself who faced blatant castism at the upscale Delhi restaurant: “We asked them to post an official apology and to organize langar for 100 poor kids, we are still in talks with them. I don’t want this to happen to anyone anymore. I just want them to stop this.”