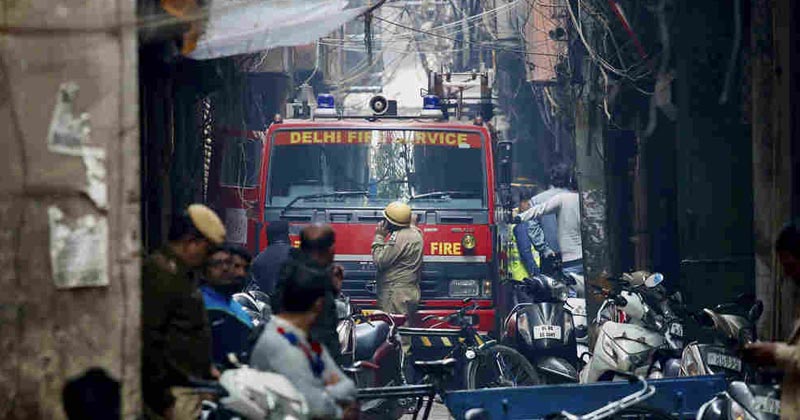 Time and again, we have come across cases that highlight the plight of our society, the suffering of the common man, in many cases, outrightly thanks to cases of abject ignorance on the part of the authorities and systems that fail the commoner. Therefore, in some ways, the national capital New Delhi was served a chilling reminder when the factory in a congested central Delhi neighborhood saw 43 lose their lives in a horrific incident where the building was razed down by a fire.

There are fires. There are infernos. This, given that it killed 43 people, this was no less than a towering, fire-breathing desperate situation.

While truth be told, no quantum of grieving can ever sufficiently make do- obviously- for the episode of Delhi factory where 43 died, what remains to be seen is whether timely justice can be sought for the departed.

But having said that what makes the entirety of the episode truly painful to the core is that the news report- at this point in time- are pointing to the fateful venue where several innocent lost their life and for no fault of their own.

While on the one hand, it’s hardly any easy to imagination the sheer exasperation and pain suffered by the departed, who it is now confirmed, died on account of asphyxiation, the fact that the Delhi factory where 43 died perished on account of severe safety shortcomings (or laggings) at the factory.

What needs to be told and understood in clear detail is that there were several serious shortcomings on the part of the factory with regards to necessary safety clearances and safety equipments.

The very fact that this Delhi factory where 43 died did not have either of the pre-directed or stipulated requirements and clearances tells us the case just as it is; that it was an incident that could, hence, be called man-made slaughter.

The Central Delhi factory, the site of the torrid episode, was also visited by the team from the National Disaster Response Force, who were present at the spot to assist the Delhi Fire Department to help with rescue operations.

“We found carbon monoxide (CO). After this we searched the area manually. The entire third and fourth floors of the building were engulfed with smoke. CO levels were very high,” Aditya Pratap Singh, NDRF Deputy Commander, was quoted by news agency PTI.

And that is not all. Furthermore, upon an exhaustive study of the site, the investigating teams also found out that there were more serious laggings at the factory that perhaps highlighted the real menace which led to the loss of several lives, an irreversible tragedy.

“There was a room… where most of the workers were sleeping… which had only a single space for ventilation. The maximum number of workers rescued was from the third floor. Due to the burning of materials present in the building CO was formed,” the NDRF Deputy Commander added.

Sufficent lapses in the fire safety requirements and clearances were also confirmed by the Director of Delhi Fire Service, Mr. Atul Garg.

Time and again, we have been hearing evidences of negative news emanating from the national capital, as if the depressive, downgrading feelings associated with the hazarduous levels of pollution as evident in the ongoing winter season weren’t any disparaging.