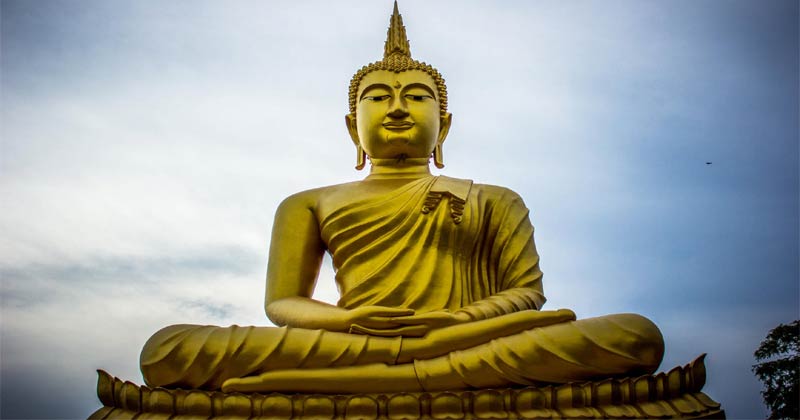 Life lessons from Buddha, Siddhartha Gautam or the Buddha was ‘the awakened one’ and the founder of Buddhism. Historians believe that Siddhartha Gautam was a prince who went on a quest to understand the meaning of life. He eventually realized that the path to peace was through mental discipline. He sat under ‘the Bodhi tree’ until he achieved enlightenment. This tree was located at Bodh Gaya, a place in the Indian state of Bihar.

Buddha quest for enlightenment and eventually attaining it through meditation gave birth to Buddhism. Buddha teachings are immortalized by his followers and are still applicable today. Some of the most valuable life lessons From Buddha are:

1. NOTHING IS LOST IN THE UNIVERSE

This was the first universal truth. Buddha explained that nothing is lost in the universe. It is a cycle of what goes around comes around. As we are the children of our parents, so will we be the parents to our children. If we harm someone, we will be harmed eventually. If we do good to others, the same good will come back to us. The universe keeps an account of everything we do.

Buddha focused on the concept of impermanence. Like a river, life is ever-flowing and ever-changing. Things were different on Earth centuries back and things will be different centuries after. The only constant thing is change.

3. THE LAW OF CAUSE AND EFFECT

As you sow, so shall you reap.

If we do good deeds, we shall obtain good things. The cause and effect relationship is a prominent lesson in all religions.

Buddha termed this term as ‘karma’. The world today believes a lot in karma.

Also Read: What Is Buddha Purnima?

4.  THE NOBLE TRUTH OF SUFFERING

Buddha stated that everyone suffers mostly because of their own consequences. One should stop whatever it is they are doing to cause this suffering. Finally, the end of the suffering would be that the person will be enlightened.

Buddha used the symbol of a wheel to make his followers understand the eight fold path. The center part of the wheel represented the state of nirvana. But to achieve that, the wheel needs to keep running on the eight factors which are – right view, right thought, right speech, right conduct, right livelihood, right effort, right mindfulness, and the right concentration.

The Buddha passed down these five important rules which set the foundation for Buddhism. The five precepts are:

· No killing
· No stealing
· No sexual misconduct
· No lying
· No intoxicants

You’ll find most Buddhists vegetarian because Buddha gave importance to the lives of animals also. He believed that they had the right to live just as much as we do.
Buddha knew the life and hearts of children and adults alike and that’s why his aim was to teach everyone how to live a happy and peaceful life. Buddhism is not about learning about strange beliefs and practices from faraway lands. But it is a process which involves us to introspect life lessons from Buddha into our lives.

God Must Be Kind! Modi Ji Praises India During Coronavirus Outbreak. But Why?

Your Dreary Coronavirus Update Of The Day: 336 New Cases In India, 56 Overall Deaths

A News That’s Not On Corona: Delhi Student Arrested For Having Played A Part In Delhi Communal Rights