Home India Avdhesh Dubey – a fan’s take on his Arrest 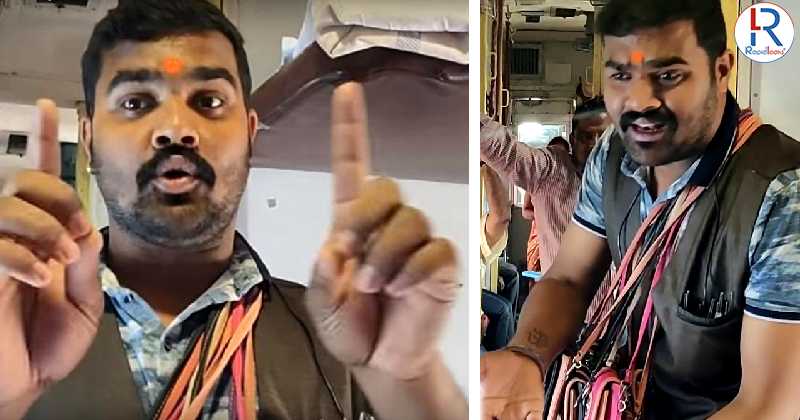 I had seen his videos on WhatsApp first before they started doing rounds on Facebook that made him immensely popular very quickly. The videos were entertaining at first and then they turned on social rhetoric(the usual miya-biwi stuff) before taking on a political tone.

Avdhesh Dubey was done selling trinkets. It was time for him to wrap his trade and move towards his prison cell to continue voicing his musings there. Maybe people behind the bars will be more receptive to what he had to offer.

This poor hawker who had a gift of the gab used to sell novelty items on the railway coaches maybe without a hawkers permit, but, that’s nothing out of the ordinary. I have seen items from paper soaps to handy kitchen gadgets being sold on the railways by hawkers not in the railway uniform.

Had it been for the authorized railway vendors, I would have spent most of journeys eating tasteless monotonous lunches & dinners and sipping characterless tea out of paper cups so small that the tea would fail to reach your throat if you dared to share a sip with a fellow passenger.

I remember such hawkers, making our day (or afternoon) when they appear out of the sliding doorway to sell salted cucumber topped with lemon juice on balmy summer afternoons. They made my nights passby easily (without prior booking) when our group brought a pack of cards to play through the wee hours to distract ourselves from the lack of proper sleeping quarters.

I never heard about any such vendor going to jail maybe they paid a hefty hafta or may be they were plain lucky never to get caught by the railway police. No wonder they were always in such a hurry.

He has a voice, a voice he is not ashamed to muffle in the din of everyday sweat and grime. Here’s a man who takes pride in what he does and flaunts his skills with gay abandon. People like him. And that can be dangerous. Whatever people like has to be quashed in order to keep the bureaucracy happy.

To my ears, he did not utter a word which had never been said or heard before. The way he said it is impactful. Therefore the authorities have to take notice and then take action too.

Will his fans take no notice, will they not bother to start a petition to get him out ASAP. He has already lost a fortnight’s earning in penalty and will lose another 10 days income and his future once he comes out is equally uncertain.

I feel a moral responsibility to urge people who lauded his videos on whatsapp and facebook to try and help him out financially.

As for the reason why he ever had to face jail time when people committing higher crimes go scot free?, I have no answer.

That is the beauty of our democracy, You can never call a spade a spade and not expect to be hit by one.

Disclaimer: The opinions expressed within this article are the personal opinions of the author (one of the followers of Avdesh Dubey). The facts and opinions appearing in the article do not reflect the views of RapidLeaks and RapidLeaks does not assume any responsibility or liability for the same.