New York and London are not merely cities; they are trailblazers. They are two of the world’s dashing capitals that blaze trails for others to follow. They are a Mecca for innovation. They drive fashion, after birthing it, making new waves of trends out of them. These are enterprising cities that have pioneered creativity in distinct realms such as architecture, literature, theatre, and whatnot! When you arrive in either London or in New York, you don’t merely arrive in two of the world’s popular cities, respected for possessing a sense of panache that drives global aspiration; you tick a major mark in your bucket list.

So why is it that at a time where urban mobility has undergone a tremendous change in a part of the 21st century that stands at an intersection of convenience and technology, electric scooters are illegal in New York and London?

In fact, did you even think that something as seemingly harmless as electric scooters are illegal in New York and London?

Well, here’s what one ought to know. In the British capital of London, electric scooters are illegal pertaining to Britain’s national laws, some of which actually date back to the Victorian era. Up to this point, there haven’t been any changes made to correct the uncorrected.

Yet, you see hundreds of people buying electric scooters in the fashionable city in droves.

When it comes to New York, it can be said that there seems to be a sense of lethargy persisting with the State Governor. So what is the problem, after all?

Well, efforts were on to legalize thanks to the presence of legislation. But in order to get the legislation into some form of effect, the state governor in New York is yet to sign the bill, that would actually allow the electric scooters to be in the streets, and therefore, in full swing.

So, it could be said that the currently prevailing situations have left both cities of New York and London in a weird state of bind that urgently seeks a fix.

But truth be told, it makes a lot of sense to actually have electric scooters operating in cities that aren’t in any way, facing a dearth in the human population.

In fact, it just doesn’t make any sense that electric scooters are illegal in New York and London. Particularly in our times where realistic or existential threats to climate are far more pronounced than they ever were in the past, amid times where energy generation is still quite restricted to non-renewable sources in the better part of the world, where year after year, international campaigns launched to curtail dependence on and usages of fuel-driven vehicles spiral into being ground-breaking social media reports, electric scooters provide a much-wanted respite in the current scheme of things.

For starters, they do not cost a bomb to own. Private ownership of electric scooters can be far too handy and inexpensive than owning even a used car, for that matter.

They are easy to ride and even easier to use- you simply have to get habitual of the machine. Moreover, they do not really cost a hell lot in maintenance- do they?

So at a time where concepts like ride-sharing facilities amplified by an incessant usage of the taxi apps, forms the dominant narrative of the day, it just doesn’t make sense to know that electric scooters are illegal in New York and London.

For what lies in the distant future- one clearly hopes that local and national regulations find a balance and make way for a climate-pro and environment-savvy means of transportation. 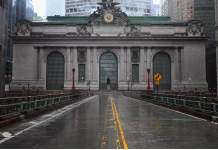 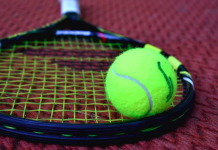 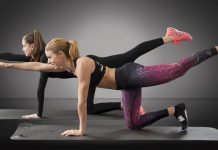 Why Exercise is Important for the Body? How Does it Impact the Body and Life?