If World Wrestling Entertainment was a kingdom, Vincent Kennedy McMahon would surely have to be the kingdom’s long-serving, revered king.

The CEO and Chairman of WWE has kept this wrestling stable, which I may add, is the biggest in the world relevant for well over three and a half decades now.

How’s that for an achievement to begin with?

His acumen and know-how of giving each wrestler, a character that truly does justice to his persona is second to none.

Where would millions of doting fans be without the iconry that lends itself to celebrating some of wrestling’s superstars? Credit goes to Vince McMahon.

Just ask The Undertaker and Mark Calaway, the man behind the character, will tell you the phone call he got in 1990, with Vince on the other line in his deep voice saying, “Am I speaking to the Undertaker?” Calaway responding a little bemused, with a ‘yes!’

The rest as every wrestling fan around the world would know- is history!

Vince has not only made legendary wrestlers through the characters he has devised, whether be a face (good guy) or a heel (bad guy) but has also succesfully created properties or paper views the likes of the historical Wrestle Mania, Royal Rumble, Summer Slam and Survivor Series among several others.

Moreover, who can forget the 5 tons of steel used to make the iconic Hell in a Cell structure as well as the Elimination Chamber which are also this wrestling visionary’s brain child.

Truth be told, the cherry on the cake for me when it comes to Vince is the legendary heel character he played as the evil boss of the WWE, known as Mr. McMahon.

So, how did this come about?

Suggested Read: The Legend of The Undertaker Will Never Rest in Peace

Well, let me add some meat to the bone. Vince for the better part of the 90s, was a wrestling commentator along with the King Jerry Lawler and Jim Ross.

Having said this, in the latter part of the 90s, to counter the ever-gaining popularity of Monday Nitro, the biggest card of World Championship Wrestling, a competitor which was beating Monday night RAW, WWE’s product on TRPs, Vince coined a storyline with him being the evil boss against the biggest face of WWE at the time, Stone Cold Steve Austin.

This new-found storyline along with all events at the time was termed as the attitude era and boy, did it connect with the wrestling fans across the world.

To put the show on the road, Austin kicking Mr. McMahon’s ass obviously on screen every Monday night was so awesome and who can forget the legendary catch phrase that the heel character Mr. McMahon had coined ‘You’re Fired’, meant for everyone who disobeyed him.

What’s more, his personification of the Higher Power as a part of Undertaker’s stable the Ministry of Darkness was one for the ages.

To be brutally honest, I for one couldn’t wait for every Monday to see what was next in the McMahon Austin rivalry along with the other wrestling shenanigans as a part of the Attitude Era.

Along with winning hearts as a wrestling promoter or should I say as a wrestling icon, Vince McMahon has had his fair share of in-ring accomplishments too, with being a World Champion, ECW Champion and a Royal Rumble Winner.

What’s more? He is also the founder of the Wrestling Hall of Fame, an annual extravaganza on the eve of Wrestle Mania where all the wrestling legends of the past are honoured.

A kind-hearted man, Vince has also done his fair share outside the squared circle also with several donations towards the Republican Party as well as the Donald J Trump Foundation.

On a personal front, recently my respect for this wrestling giant soared further when Vince made it abundantly clear that views on combating racism were a very personal decision for each wrestler and would not to be dictated through taking a knee for BLM, unlike other sports.

Suggested Read: There’s Only one Heartbreak Kid: Shawn Michaels, a Legend Like no Other

To conclude, I would take the liberty of making a small analogy for all my fellow wrestling fans, in my humble opinion what Amitabh Bachchan is to Bollywood, Vince McMahon is to wrestling and need I say anything further!

A very happy 75th to the Man, the Genius and most importantly the God of wrestling. 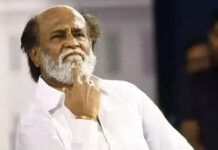 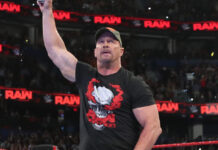 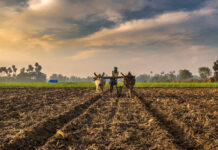