Home Entertainment Chandan, Chanchal and Chitvan are back, what is their roadtrip adventure going... 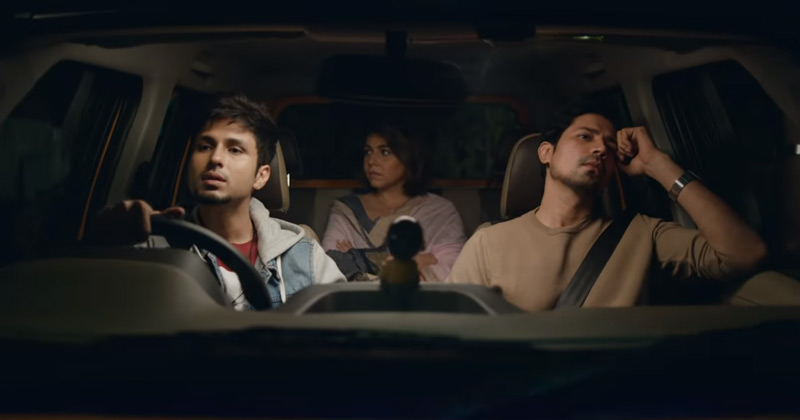 The Viral Fever, popularly known as TVF, just dropped the teaser of the most-anticipated second season of TVF Tripling, with Drivezy. In the first season, Amol Parashar played the role of a DJ, Sumeet Vyas was a businessman whose wife cheated on him and Manvi Gagroo was married to Kunaal Roy Kapur, a king, and was stuck in the obligations of being the daughter-in-law of a royal family. The show got rave reviews and was appreciated for its crisp screenplay and impressive performances.

In the recently launched teaser, we see Chandan (Sumeet Vyas) launching his novel, aptly titled ‘Tripling’. Having made a foray into politics, Chanchal (Maanvi Gagroo) is put to the ultimate challenge as she tests the waters with diplomacy. Last, and certainly not the least, Chitvan (Amol Parashar) is just as cool and carefree as ever, hitting all the right notes in the minute-long teaser video. Created by Sameer Saxena (Permanent Roommates, Yeh Meri Family, Bigg Boss), Tripling season 2 promises an action-packed ride through some of the most beautiful terrains and locations across North India. Expect run-ins with the police, petty politics and a royal family feud, as the siblings embark on an exciting another exciting roadtrip.

Tune in to TVF Play & Sony Liv on Friday, 5th April to find out where they’re tripling to.
Facebook Comments
Share on WhatsApp