Home Entertainment TV How many of these strange Reality TV shows have you seen? 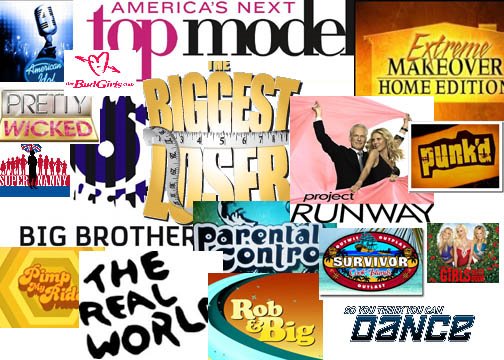 Mainstream television can often be a long, draining and, repetitive viewing process. But these days, it embarks on something new in order to give viewers-craving for entertainment and ever ready to consume information- something to chew on.

But these are interesting times we are in.

On the one hand, the culture of cinema or movies is only expanding by the day with films touching new geographies every now and again. On the other hand, television is also reintroducing itself, drawing inspiration from different walks of life, seeking storylines in people and places that were hitherto less-explored.

Wondering what has brought about an interesting parallel between the two? While no one wishes to consume the same old run of the mill movies, no one is interested in only what is sold as ‘sleepy’ breaking news. There are few takers for that familiar representation of global news with a fact or two changed.

People need more. We are in an age where audiences are smarter than before and where entertainment or information won’t alone suffice. It needs to be informative-entertainment or, to put it succinctly, infotainment.

So what this has done precisely is that this change has upped the ante of creativity more than ever in the graph of television. The same way one consumed documentaries and online films when the going got monotonous in mainstream television, one’s switched to reality TV programs in place of regular, run of the mill or overly done thematic programs.

Especially in the last decade and a half, the television space has brought about a shift in fortunes where reality TV programs are concerned. And whether one believes or not, there’s also been a rise in the spate of strange reality TV shows.

One of that really strange reality TV shows where the classic story of tough men getting to do tough things goes several notches higher and that too outside the popular culture realm, this was a really one of a kind TV show.

Part-myth, part-super fiction and purely something that lies outside the realm of normal human behaviour, perhaps the very fact that someone thought it worthwhile to spend financial and creative energies in exploring Bigfoot is something beyond the understanding of a normal person.

Why take all that risk?

But the finest thing about this show was that it became a hit and successfully captured the imagination of the general TV-viewing public. Well-done Finding Bigfoot!

The Curse of the Oak Island

Every now and again comes along a fictional idea that leaves many a mind spinning and people turning inside their head to understand just what on earth is happening. One such idea was used mightily well in The Curse of the Oak Island, a one of a kind reality TV show that left viewers straddling with not one but two fantasies. One was desperate to know whether the island was actually a cursed one and whether there really was such a thing as a treasure hidden somewhere on that island. But whatever it was, it did give a chance to a lot many participants to emerge with flying colours in an engrossing albeit strange reality TV show.

Modern cinema requires intriguing ‘character-driven’ roles that it often becomes a common sight to see people take their clothes off. A part of this job is to depict just how daring one really is. And it’s that dare that can make people do just that in the middle of nowhere for a certain prize money.

But, well, anyway! Let’s dispense silly titles. That is what Naked and Afraid was about and it cannot be said that it didn’t set the ball rolling on the TV viewership. What it did do, however, was to change the genre of strange reality TV shows, making them stranger than ever.

Every girl, according to the fancy stories every household tells its daughter, wants to marry a charming prince. There’s the classic tale of a prince charming arriving on a horse only to ask the father about his daughter’s hand for marriage, taking her back and retreating to his castle or something. Ever heard something of that sort?

Well, whether you did or not, something of that kind did come true, after all, when makers of the popular reality TV show I Wanna Marry Harry came up with the idea of replicating the real prince charming with a replica of a real prince; Prince Harry of England.

But while as an idea it sounded promising, the very idea that Prince Harry is out there and wants to seek matrimony with an idea girl was quite a bewildering move in itself.

Possibly, none predicted such a dramatic shift in the fortunes of reality TV shows.

Can you dig that?

So we always knew that there was something pretty nervy about these strange reality TV shows. But whether it could go to that extent, the one explored by I Wanna Marry Harry, left everyone scratching his or her heads.

It suffices to say that there are reality TV shows. And then, there are those reality tv shows that cross the morally-permissible limit at the cost of ‘entertainment’ or ‘entertaining’ people. For starters, how on earth can anyone possess the right to label a woman ‘ugly’, let alone take up the ‘responsibility’ to transform those said ugly women into carriers of beauty, albeit with the help of cosmetic arrangements.

Whether you believe it or not, there did exist among the many strange reality TV shows, the queen of doom called ‘The Swan’, for no other name might suffice that got together a group of ‘women’ and made them interact with ‘beauticians’ or experts at every possible physical level, whether it was dermatology or dental care in order to cultivate the real beauties they were capable of being. One still can’t believe though, that there was a reality tv show like that.