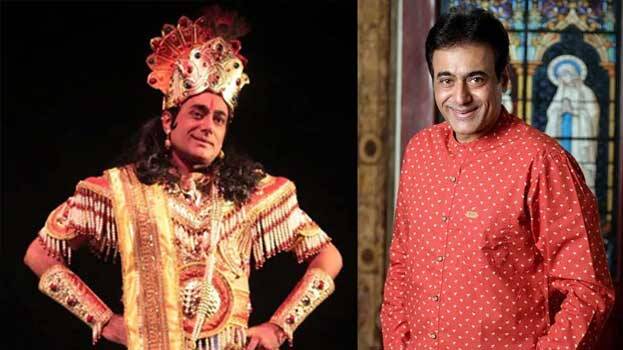 He’s not just a magician, he’s the greatest orchestrator there is. He’s not part of a religion, he is, to a great extent, religious worship itself. If there’s any representation of the ‘ultimate’ in Hindu religion, then this mega deity or could it be said- ‘deity of the deities’- represents that. He signifies near perfection, utter devotion, transcendence even. Embodying all aspects of the human trait, yet remaining blissfully aloof from being captive in a particular image, we recognize and hail Lord Krishna as somewhat of an embodiment of all things sublime.

Therefore, imagine the task that, that individual would’ve had to carry in order to essay the part of Lord Krishna on the television? Perhaps it suffices to say that 30 years after he first famously captured the imagination of the entire country playing none other than Krishna on TV’s biggest rendition of the Mahabharata, celebrated actor Nitish Bharadwaj is back in the very role that enabled him to carve a memorable acting career.

That’s right! Nitish Bharadwaj has been cast, once again, as Lord Krishna but this time not in a television show, but rather on a proper stage act. It is reported that Nitish Bharadwaj will be essaying the role of Krishna in a play titled “Chakravyuh,” directed by Atul Satya Koushik. The central highlight, needless to say, will be that man who became a household name in India, three decades ago in his unique, precise and measured portrayal of the powerful Indian deity: Nitish Bharadwaj.

It is believed that the noted play, which opens in Delhi in the next few days will aim to apply the questions raised in the epic literature Mahabharat.

The news, exciting and refreshing, comes at an interesting occasion, with Krishna Janamashtmi only lying hours ahead. On the occasion, the handsome actor also happened to share his thoughts, “I always believe that stories from Mahabharata are relevant to today’s ‘Kalyuga’ also,” said Nitish Bharadwaj.

A decorated actor who’s been on the stage and in front of the camera for decades now, it’s worthwhile to note that Nitish Bharadwaj was also briefly involved with Indian politics back in the day when he had joined the BJP and was also elected to the Lok Sabha for a short term. In addition, he’s also been seen in a few Bollywood movies as well.

His last memorable part came over a couple of years ago when he was cast as Hrithik Roshan’s father in Ashutosh Gowarikar’s Mohenjo Daro.

But what will be interesting would be to see Nitish Bharadwaj in a spectacular new light, as the 56-year-old actor steps on the stage.

The fact that theatre eschews the many boundaries and voids that lie between an actor and audience will perhaps prompt Bharadwaj to bring his quintessence- charm, and panache- to a character utterly divine as Lord Krishna when he plays it on the stage. At present, one can’t wait to read the reviews of Chakravyuh. Have you booked your tickets yet? Well, the time is now.