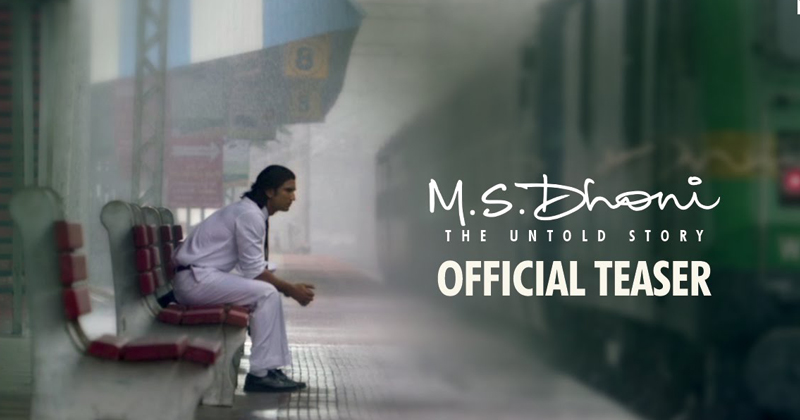 “M.S. Dhoni: The Untold Story” is the most awaited biopic of the year. Based on the journey of Indian Cricket Star M.S. Dhoni, the movie is already a talk of the town. Sushant Singh Rajput, who will be featuring as the lead character Dhoni in the film, launched the teaser of “M.S. Dhoni The Untold Story” and it has all kind of enthusiasm.

Though the teaser is of only one minute but the echo of the crowd shouting ‘Dhoni Dhoni’ at the end of the teaser will leave you with goosebumps on your skin. “M.S. Dhoni: The Untold Story” is a movie that traces the journey of Captain Cool M.S. Dhoni from a humble and hardworking ticket collector to India’s most successful Cricket Captain. The film showcases that his journey was not as easy as it sounds and he deserves the title of India’s Best Captain.

Watch The Teaser Of “M.S. Dhoni: The Untold Story” Here:

Cricket fan or not, you are going to love this movie. After all, it’s about Dhoni and don’t we all love him. Directed by Neeraj Pandey, the film features Kiara Advani as Dhoni’s wife. Disha Patani will be playing as one of Dhoni’s alleged love interests. “M.S. Dhoni: The Untold Story” will be screening in from 2 September 2016.