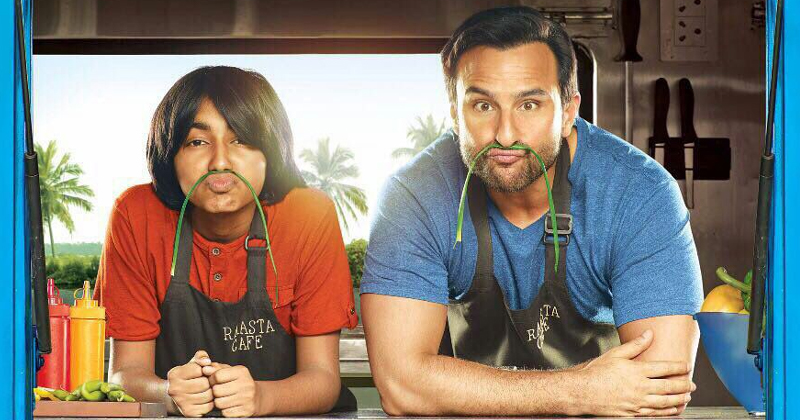 Chef trailer has finally been dropped on us and the Bollywood adaptation of Hollywood movie Chef directed by Jon Favreau, looks budding. Saif Ali Khan is the lead in the movie, who is playing a chef and a separated father of a pre-teen boy, struggling to settle his career away from his child. Although, Saif loves his son (Chandan Roy Sanyal) but distance has created stiffness between these two which led his son to think that he has got a raw deal.

Saif loves cooking but his love for his little one is no less, thus he determines on resolving the problem by creating a tasty icebreaker. He decides to quit his job to spend more time with his son and starts a food truck which opens the opportunity of being a chef and traveling with his son both. It’s a pursuit of passion and love for his career and family. Saif Ali Khan has projected great potential in the trailer as the relationship of a father and son looks birds of a feather.

Apart from exceptional direction and storyline, the movie also has a great cast that includes, Saif Ali Khan Padmapriya and Chandan Roy Sanyal. The Bollywood remake is directed by Raja Krishna Menon who got the recognition with his last movie Airlift. Menon has brought the beautiful blend of South and North India in the movie and the mixture of this family recipe will be served in theaters on 6 October 2017.