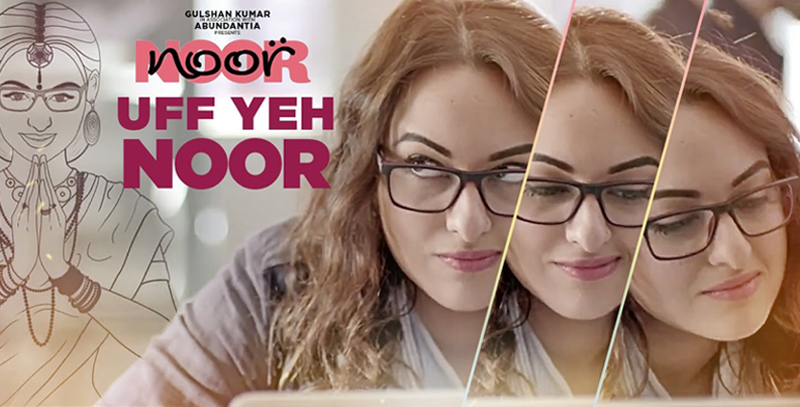 “Uff Yeh Noor” the title track from Sonakshi Sinha’s upcoming movie Noor has been released and it might be the peppiest number of this album. The song establishes the Sonakshi’s character as ‘Noor’, who is impulsive, impatient, confused yet a dreamer and impeccably adorable. “Uff Yeh Noor” is for every girl who every once in awhile literally gets up and says “I Hate My Life”.

Sonakshi is playing the character of a journalist who wants to touch the heights of success but is not focused enough to achieve it. In her mind her work sucks and she gets her momentarily happiness by hanging out with her friends and doing epic shit that most of the youngsters do these days. “Uff Yeh Noor” is all about living your life carefree.

The song’s thumping beats are so energetic that you might want to get up and shake your leg a bit. The peppy music of “Uff Yeh Noor” is composed by Amaal Mallik. The song is rendered in the voice of  Armaan Malik and quirky lyrics are carved by Manoj Muntashir.

‘Noor’ is directed by Sunhil Sippy and stars Sonakshi Sinha as lead, the movie is slated to release on 21 April 2017.