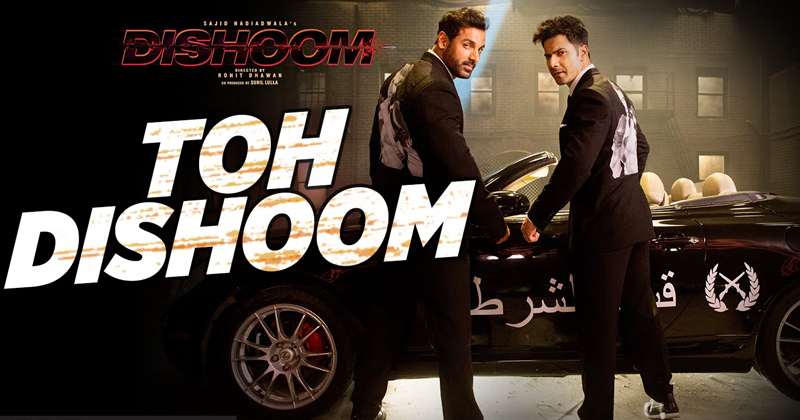 ‘Toh Dishoom’ – The latest track from upcoming thriller “Dishoom” is undoubtedly a visual treat, thanks to our Handsome hunks John Abraham and Varun Dhawan but that is not the only reason which is why you would love ‘Toh Dishoom’.

Have you ever been in a situation where you just wanted to beat the shit out of a person because he is saying or doing a thing that passed the bar of your patience? Well, ‘Toh Dishoom’ is about those situations. This adrenaline pumping track delivers a very strong message. The duo of John And Varun looks irresistible in black and their moves will make you tap  your feet on the track instantly.

‘Sau Tarah Ke‘ may has been a shining song for Jacqueline Fernandez but ‘Toh Dishoom‘ is absolutely John Abraham and Varun Dhawan’s gig. These two are perfectly telling us where to pick up a fight or in their words… Go Dishoom.

Did you see the energy of these two? It’s like their testosterone level is way too high and that makes this adrenaline pumping. The music of the song is composed by Pritam and lyrics are carved by Mayur Puri. The song is crooned in the energetic voices of Raftaar and Shahid Mallya. We can’t help but notice that after a long time an appreciable rap landed on ears and Raftaar nailed it.

“Dishoom” is directed by Rohit Dhawan and is opening in theatres on 29 July 2016.

Dev Tyagi -
Of the fourty-four countries that together make up the enigmatic continent known as Europe, at least twenty have either banned or imposed...