Home Entertainment Songs “Taang Uthake”: The New Song From Housefull 3 Will Make You... 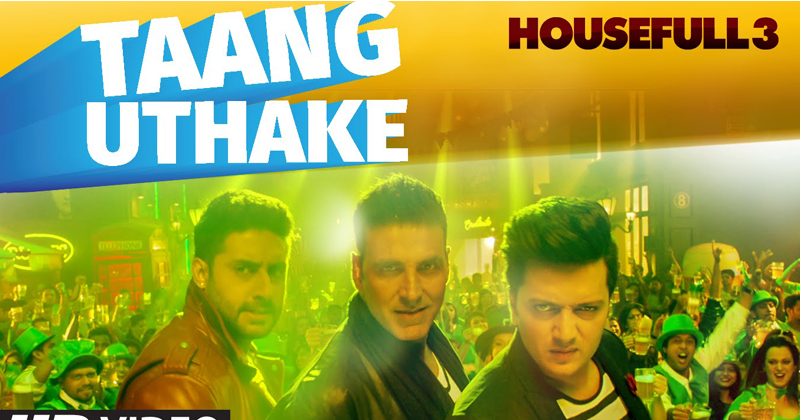 “Taang Uthake” the new party number of the season is here. The song is the latest release from upcoming comedy movie Housefull 3. “Taang Uthake” features  Akshay Kumar, Abhishek Bachchan, Riteish Deshmukh, Jacqueline Fernandez, Nargis Fakhri and Lisa Haydon. The song is a peppy number that will surely make you dance to its upbeat tunes.

The video of the song is shot in a club set up. On one hand you will see all three male actors performing some hilariously cool moves and on the other hand the three actresses are looking absolutely stunning and seductive while moving their curves on the beats of the song. The lyrics of the song are trendy and funny, the thumping music is so groovy that it will instantly become your one of the favourite party numbers.