Home Entertainment Songs 10 Sonu Nigam Songs That Prove He Will Always Be The Favourite... 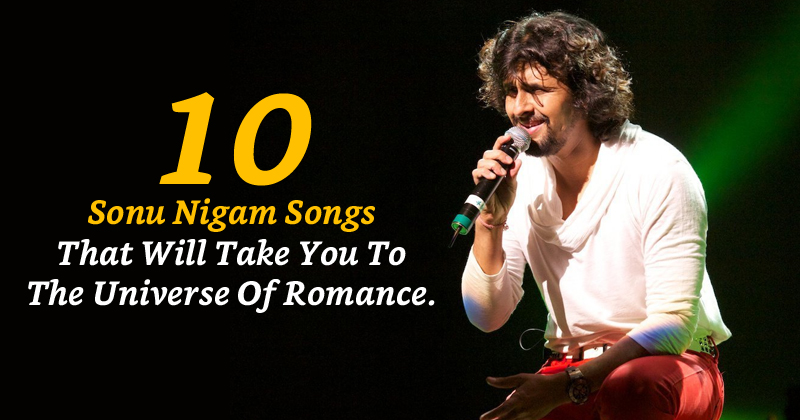 Sonu Nigam Songs That Will Take You To The Universe Of Romance.

Sonu Nigam, by far one of the most versatile singers of Bollywood. The Indian singer has a lot more talent than just rendering music notes in his soulful voice, he is also a musician, composer, music producer, recordist, music programmer, live performer, and actor. He recorded his first song as a playback singer in 1990 for Janam and since then he has been making our lives musical. He is also known as Lord of Chords and The Elvis Presley of India. Although, many fresh voices are ruling Bollywood right now but in the 90s he was the king of singing. He has been one of the highest paid Indian singers and his versatility in terms of singing is still unmatched.

I am a 90s kid and I grew up listening to some of his most romantic renditions ever. His melodious voice always took my breath away, as every time I listened to his songs, they took me to a different universe. While he has sung in many genres from Romantic, Love, Emotional & Sad, Rock, Indipop to Western and more, he for sure knew how to thread romance in his voice.

So here we have a list of 10 Sonu Nigam songs that will take you back in the 90s and let you feel romance in the air.

Sonu Nigam for sure knew how to wave the magic wand of his voice and the best part is that he still does that. He has been winning our hearts with his bewitching voice and boyish charm. Don’t blame us if you find yourself totally lost in these songs, it’s all a part of being Sonu Nigam’s fan.