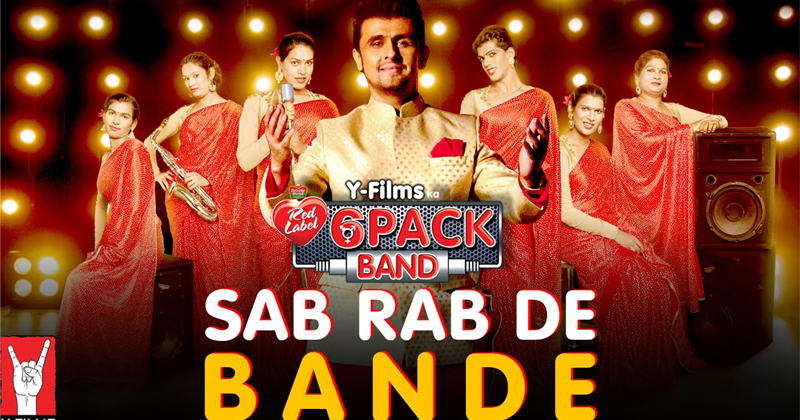 Singer Sonu Nigam, who has collaborated with the transgender band named “6 Pack Band” has come up with a new song “Sab Rab De Bande”. He believes that the perception of Indian society towards the community is changing and everybody wants them to be treated in a good manner.

“Sab Rab De Bande” is a true display of how transgender’s are treated in our Indian society and how hard it is to survive for them with respect, where everyone wants to cut off even from their mere contact. It is a serious song and talks about the discrimination against the community. Where India is changing on a global level why not change the look of society towards them, after all, we all are one God’s child.

Launched by Y-Films, the music of the song is given by Shameer Tandon and penned by Nishant. The rap part of the song is written by Varun Likhate. “Sab Rab De Bande” is a song with vibrant energy and purity. It is a good start for the transgender community, let’s just hope the society will be more generous to them after watching this song.

Dear, Sonu Nigam. We Love You For This!!!