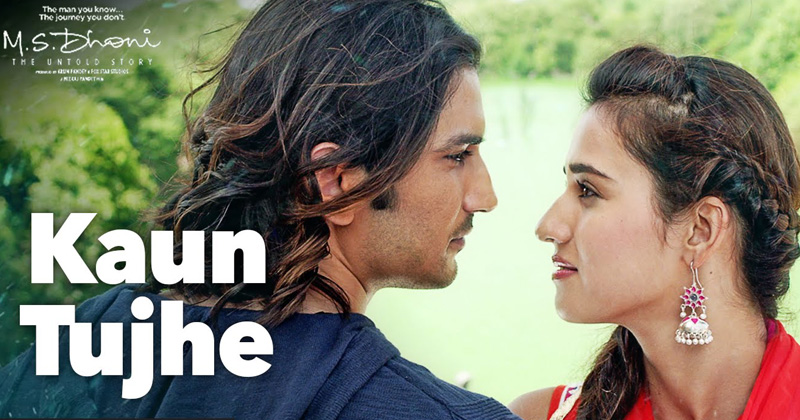 “Kaun Tujhe” is the second song released from upcoming biopic “MS Dhoni – The Untold Story” and this one will be one of your most favourite songs. Do you remember the initial stage when you fall in love with someone? It seems magical isn’t it? The world spins around that person and you always find yourself thinking about him or her. “Kaun Tujhe” will give you exactly the same feeling.

The song features Sushant Singh Rajput and Disha Patani and the visuals are deeply romantic. Disha looks bewitched in the love of Sushant as if she is living in another world. Buying gifts for him, eyeing at him and what not however our Sushant looks silent and shy. The movie has already created a lot of buzz among the fans and Kaun Tujhe will only create more curiosity.

The song is composed by Amaal Mallik and the lyrics of the song are composed by Manoj Muntashir. Crooned in the voice of Palak Muchhal, “Kaun Tujhe” will be on the top of the list of love songs.

“MS Dhoni – The Untold Love Story” Is directed by Neeraj Pandey and is slated to release on 30 September 2016.