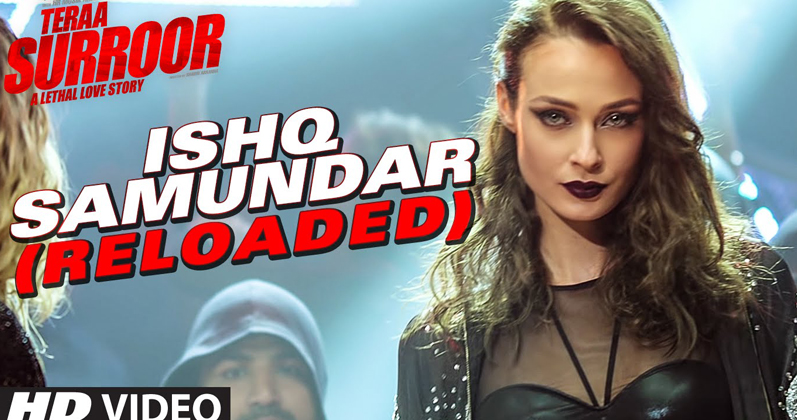 “Ishq Samundar” Reloaded features Himesh Reshammiya and he is soaking himself in some serious seduction. Yes! “Ishq Samundar” Reloaded from “Teraa Surroor” is flooded with sensual scenes and having Himesh in those scenes is completely bizarre. Well, considering Himesh transformed his body and gave it a macho look with cuts and abs, he is not looking that unconvincing but the flat expressions are ruining the meaning of allure.

Apparently, “Ishq Samundar” Reloaded is shot in a club where a dancer is trying to seduce Himesh and then you will see some steamy scenes, which, of course, are not that steamy due to the flat face of Himesh Reshammiya. The girl in the song is definitely hot and her expressions are just what you need to see in such intimate moments. Other than that the song is amazing, even in Himesh’s Voice.

The song is absolutely reloaded with some kickass music and catchy voice of Kanika Kapoor. Himesh Reshammiya for a change sounds a lot more refreshing. If you ignore the video, the song is rocking enough to include in your party list. The lyrics are penned by Anand Raj Anand. “Teraa Surroor” is directed by Shawn Arranha and is slated to release on 11 March 2016.