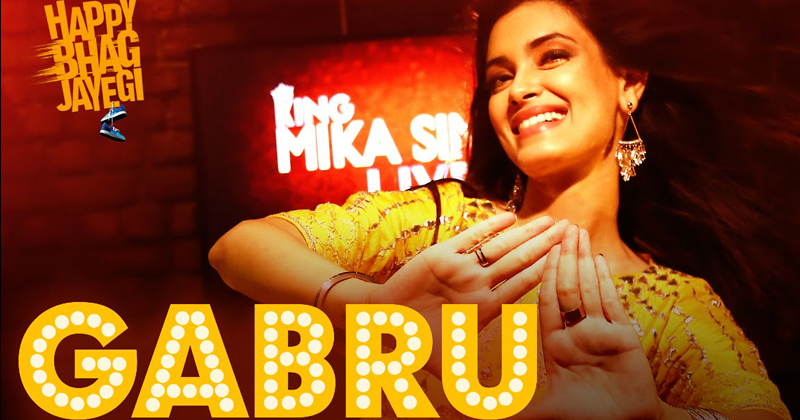 “Gabru Ready To Mingle Hai” is not only a party song  from upcoming comedy flick Happy Bhaag Jayegi but it features Diana Penty in a whole new Avatar. For all of those who forgot who Diana is, do you guys remember the sweet, innocent girl from Cocktail who cheated on Deepika Padukone with her boyfriend in the movie? Yes, now you got it. I mean hell she was all ‘Bhartiya Sanskaari Naari’ in the movie and in “Gabru Ready To Mingle Hai” she just left us stunned.

Apparently, in the song Diana is hiding from her family as it seems and gets into a green room where our Mika Paaji is getting ready. She tells him that she will leave in Half an hour but instead Mika offers her to perform with him as her Heroine bailed on him. As soon as “Gabru Ready To Mingle Hai” starts you will notice that Diana is nailing every bit of it. Cherry on top of this exquisite treat is hotty Tarranum Malik who is also featuring in the video in a sexy avatar. What more can you wish for?

Did you see her swag when she walks in that hoodie? Yeah, that’s what I am bragging about. The song is rendered in the voices of Mika Singh, Tarranum Malik, Neeti Mohan and Danish Sabri. The music of the song is composed by Sohail Sen and lyrics are penned by Mudassar Aziz. The English rap lyrics are written by Dee MC. The movie is directed by Mudassar Aziz and is ready to release on 19 August 2016.