Home Entertainment Songs ‘Cutiepie’: The New Song From ‘ADHM’ Is The Most Filmy Song Ever! 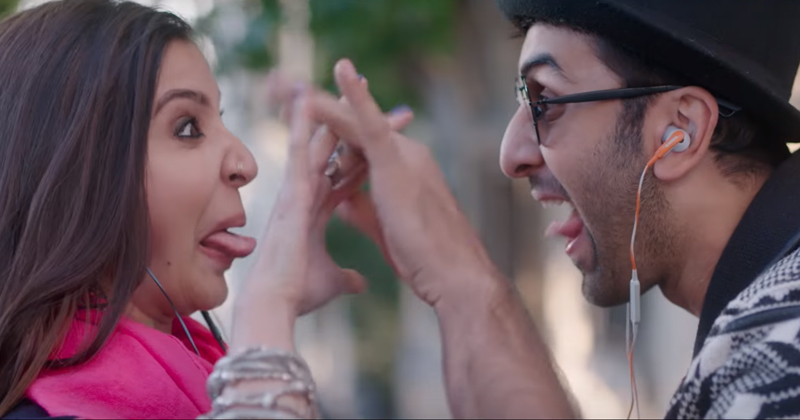 ‘Cutiepie’ is the newest released track from upcoming romantic Bollywood drama and it is as filmy as hell. The makers have already launched three heart touching tracks and a party song but this one is beyond dramatic. ‘Cutiepie’ is going to be the first track of choice in any party and we can’t just wait to learn all those hilarious dance moves.

‘Cutiepie’ features Ranbir Kapoor and Anushka Sharma in a fun mode and this song is so groovy that it will definitely be the latest addition to the list of rocking Shaadi numbers. ‘Cutiepie’ is actually the ‘Dukhda’ of Ranbir’s poor heart in the funniest way possible that makes us wonder whether we should feel bad for Ranbir or just start dancing on it right away.

‘Cutiepie’: Watch The Full Video Of The Song Here:

Karan Johar is like the official ‘director’ who produce most happening and party songs ever ( Not to forget he excels in emotional department too). Where “Ae Dil Hai Mushkil”, “Bulleya” and “Channa Mereya” made us feel the depth of pain and love. Previously released Break Up Song made us dance our adrenaline out and now ‘Cutiepie’ is here to make us groove on its peppy beats.

The cool and catchy music by Pritam is perfectly complementing the chirpy lyrics of Amitabh Bhattacharya. The voices of Pardeep Singh Sran and Nakash Aziz have filled this song with zany energy.

Ae Dil Hai Mushkil is written and directed by Karan Johar and is slated to release on 28th October 2016.

Who else can’t stop dancing on this one? I can’t.