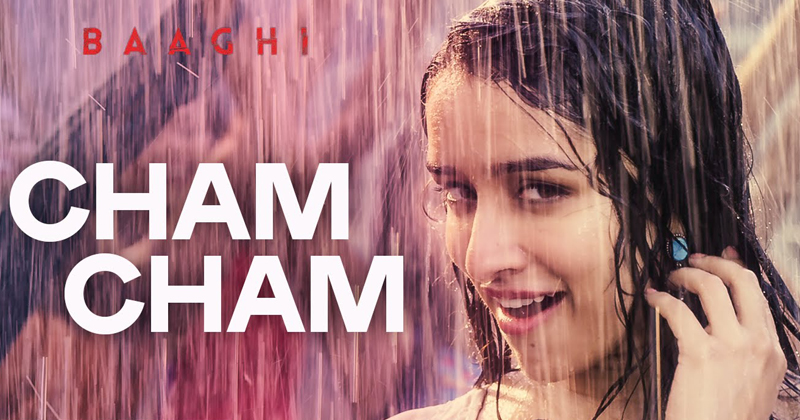 “Cham Cham” teaser was released before the song and right after the teaser was out everyone was waiting for the full song. The wait is over “Cham Cham” song is here. Shraddha Kapoor and Tiger Shroff are at their best in the song. The rain, the dance, the expressions, music and lyrics, everything about the song seems just more than magic. The mixed indo-western beats of the song will make you wanna groove.

Tiger Shroff and Shraddha Kapoor are dancing together and you cannot decide who is better. Both of them are flaunting some kickass moves. Where Shraddha exudes elegance and poise in “Cham Cham”, Tiger Shroff displays some hot and happening hip hop moves. The chemistry between them looks amazing and with lovey-dovey looks in their eyes, both of them look so in love with each other in the song. Oh! How can we forget the enchanting element in the song? The rain in the song makes it even more romantic.

The song is refreshing as there was no song like this released in quite a long time. “Cham Cham” is going to be your favourite dance number as soon as you hear it and the sound of the rain will please you even more. The upbeat music of the song is given by Meet Bros. It is crooned in the voices of Monali Thakur and Meet Bros. The peppy lyrics are carved by Kumaar. Tiger Shroff and Shraddha Kapoor are sharing the screen space for the first time in their upcoming action flick Baaghi. The movie is directed by Sabbir Khan and will hit the screens on 29 April, 2016.