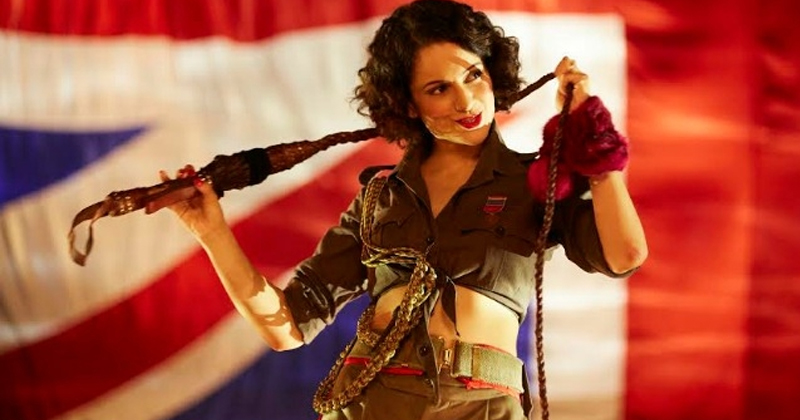 Well, the song has many transactions in just 3 minutes video, we listen to the story of ‘ How Saif Ali Khan proposes Kangana’ in the lyrics, we see Kangana moving and grooving voluptuously and we see the secret love story of Kangana and Shahid. Huff! Yup, a lot whole drama in just one song and even we are saying “Bloody Hell”, what is happening here.

It seems Kangana is in love with Shahid while she is already in a relationship with Saif, and it also seems that Saif is not at all in love with her but he is using her for his own materialist desires. If we are right, then Saif is actually playing real life Shahid Kapoor only with a reverse character. (Guess what real life character is Kangana….. Karee,,, No! Ahem, we dropped enough hint).

The song is raving with a lot of energetic music which is composed by Vishal Bhardwaj and the voice of Sunidhi Chauhan is suiting the fierce character of Kangana perfectly. The quirky and chirpy descriptive Hinglish lyrics are penned by legendary Gulzar.

‘Rangoon’ is directed by Vishal Bhardwaj and is coming to theaters on 24 February 2017.