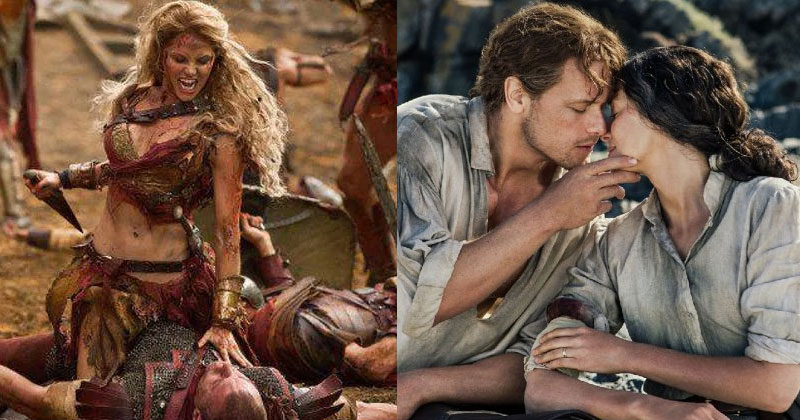 The first episode of Game of Thrones was released in April 2011 and soon the world fell in love with everything about it. From the cast to the storyline to the character development and sudden deaths of our favourite characters, GOT has got it all. In addition to that, the show had Dragons, epic battles, murders and occasional porn in between which broadened the audience base for the show. Soon, Game of Thrones was one of the most loved and watched and pirated shows of all time. But, much like all things in life even GOT ended and left behind millions of fans mourning for more and more.

If you’re also one of them and don’t know what to do since the best show of all time has officially ended and would never be back, then this is an extremely important piece for you. We have curated 11 shows like Game of Thrones that are perfect for binge-watching post the GOT series finale hangovers.

While some of them are based on stories in the same era, some have complicated storylines and great characters in terms of carrying out similarities with GOT. None the less, each and every show on this list is absolutely brilliant and has something unique to offer to the audience. So, choose your pick and start the binge-watching sessions.

Vikings started just two years after Game of Thrones and much like the latter, it also received love from the viewers. Both the shows have a similar feel, at least in relation to Winterfell. Vikings is majorly centered around the adventures of Ragnar Lothbrok who is considered the greatest hero of his age. It is the story about Ragnar’s quest of becoming the king of Vikings tribes.

Another drama revolving around the English and their love for power. The Last Kingdom is set in 10th century England and has a lot of politics, drama, murders, battles and bloodshed after the Vikings have invaded the land. One look at this series and you’ll immediately feel some strong Greyjoy vibes from the show, which is another reason for this one to be counted in the shows like Game of Thrones list.

Outlander is another series based on a series of books that have fans of different ages, places and life situations. Set in the medieval era, Outlander has time travel mixed beautifully with true historic events which capture the interest of viewers for a long long time. Plus, much like GOT even this one is filled with great and strong female characters.

The story of Spartacus, a gladiator in Ancient Rome, has been revised time and again for the audience from time to time. There are tons of movies and tv shows revolving the character but this one can easily top them all. The show has an intricate storyline and great character development for the audience to invest their time and emotions in. The best part is that it is nonfiction in nature which means everything that you see actually happened once upon a time.

Rome is another one of the shows like Game Of Thrones where the makers have literally shed money for each and every intricate detail on the show. Rome is set in the Roman Empire and it shows the lives of common folks and the struggles they faced during the last days of the Roman Republic. If you’re someone who loves to consume history and know more about it, then this show is it for you.

There are very few shows made that show the Mongolian empire or anything that happened on the East of this world, back in the day. Marco Polo is based in the 13th century and shows the reign of Kublai Khan and his adventures. The strategies and complicities in the show will make you remember GOT on more than one instances.

The Borgias has murder, marriage alliances and wars, and it is set in 15th century Italy. It is another period drama that will keep you longing for more after every episode. Trust us, you won’t be able to stop watching the series because of all the twists and turns.

Pirates have been a hot subject for many years now, due to the interesting and intriguing life they have lived on the sea. Black Sails tells the tale of a notorious pirate on an island in the Bahamas. But, this is no ordinary island, it is infested with prostitution and the dark side of pirates which makes the entire show even more impressive.

If you were fascinated with the magic side of Game of Thrones then this could be your jam. Camelot is filled with mysticism, magic and even shows an entire nation struggling under a monarchy. It is a period drama based in England and has a similar narrative to GOT, minus White Walkers and Faceless Assassins.

One look at England’s history and you’ll come across various instances where the monarchs failed to keep a balance in the power dynamics which led to some of the most significant moments in England’s history. The show is based on the life of King Henry VIII who was the second Tudor monarch, after his father. He is known for his six marriages and is also known as “the father of the Royal Navy”.

There are more than one reasons why Frontier will come off very similar to Game Of Thrones and one of the biggest reasons is the fact that you very own Khal Drogo, aka Jason Momoa in it. Frontier is based in the 18th century America and tells the gruesome tale of North American fur trade. Take our word on it, this is one of the best shows like Game Of Thrones.

These were some of the best shows like Game Of Thrones that you can binge-watching in the coming months since our beloved GOT has been finally put to rest. If you don’t know yet, HBO will be coming out with prequels to Game Of Thrones and they have finalized for five seasons, let’s just hope that this time the wait will be worth it.