In 2003, Shahid Kapoor made his Bollywood debut as the chocolate boy of the industry with his cute boy image in Ishq Vishq Pyaar Vyaar. For such a long time, Shahid was not considered as one of the few talented young pots of the industry, but rather as a guy who was known for his looks, dance moves and then for his relationship status.

However, with an apt director, Shahid unleashed the real actor in him and shines bright in almost everything that he does nowadays. His work and acting is as impressive as his dance moves and no one can take that away from him, after his super-impressive roles in movies like Haider, Kaminey, Udta Punjab and much more. 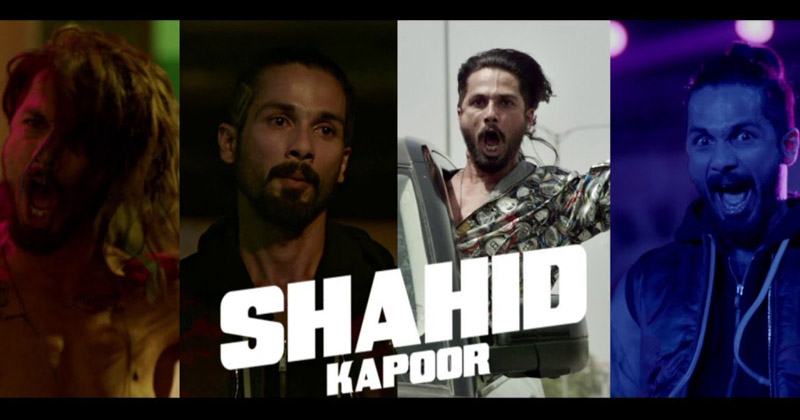 Now, the actor is gearing up for his younger brother’s arrival in the industry. Ishaan Khattar is Shahid’s half-brother but has always been a rather strong figure in Khattar’s life, both personal and professional.

Ishaan Khattar is making a debut with celebrated Iranian director Majid Majidi’s Beyond The Clouds and by the looks of the trailer, he’s more impressive than Shahid ever was in his initial years. Yes, we know, comparing Ishaan to Shahid is the most cliche thing anyone can do, but somehow everyone would end up doing it, no? So, let’s just get done with it.

As per Beyond The Clouds trailer, Ishaan Khattar plays the role of a slum boy who’s trying to make it big in the world and earn some money on the way. However, in the race of making money, he starts dealing in drugs which leads to various dangerous situations.

The movie dwells on the nuances and intricacies of human relationships and it revolves around two siblings who bid to help each other until one of them ends up in jail. On the way to help each other out, they find a new meaning to life from beyond the clouds.

Beyond The Clouds trailer: Watch The Video Here:

This is Majid Majidi’s first Indian feature film and the movie has already gathered a lot of buzz and applauses at various film festivals. Along with Ishaan Khattar, Malavika Mohanan is also making her debut with this movie. While Ishaan’s acting can be described as intense, Malavika promises to deliver her emotions best with her eyes, which is always the hardest to do.

The music to Beyond The Clouds is given by AR Rahman and the film will release worldwide in three languages – English, Hindi, and Tamil.