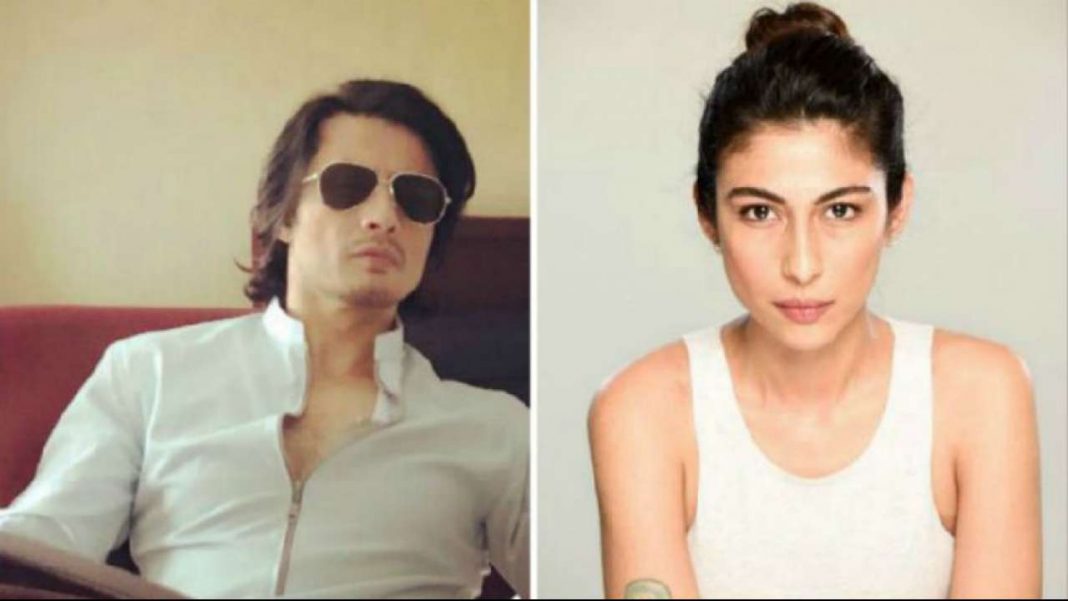 Ali Zafar is loved all across Pakistan and India for his cute-boy charm and lovely voice, however, in the end, no one is a saint (heck, even saints are not saints) and so various sexual harassment cases against him have been made by three women in Pakistan. The first allegation came yesterday by Pakistani singer Meesha Shafi who posted her statement on social media since then Ali Zafar has stopped being a cute boy and lovely voiced actor for various women online.

Shafi wrote in her post, “I have been subjected, on more than one occasion, to sexual harassment of a physical nature at the hands of a colleague from my industry: Ali Zafar. These incidences did not happen when I was young, or just entering the industry. These happened to me despite the fact that I am an empowered, accomplished woman who is known for speaking her mind! This happened to me as a mother of two children.”

Sharing this because I believe that by speaking out about my own experience of sexual harassment, I will break the culture of silence that permeates through our society. It is not easy to speak out.. but it is harder to stay silent. My conscience will not allow it anymore #MeToo pic.twitter.com/iwex7e1NLZ

Meesha Shafi is a popular actor and musician in Pakistan who has also appeared in films like Mira Nair’s The Reluctant Fundamentalist and Rakeysh Omprakash Mehra’s Bhaag Milkha Bhaag. Her accusation comes forth in the light of the #MeToo movement that created quite a revolution in Hollywood. She has also worked in the popular Pakistani film Waar.

Her post instantly gathered news and social media attention across both the countries. Zafar upon reacting to the claims posted his statement on social media too in which he stated, “I categorically deny any and all claims of harassment lodged against me by Ms. Shafi.” He also said that he’s ready to take the matter in court and fight the entire thing over there.

But in the wake of this sexual harassment allegation against Zafar, more women have come forward their stories.

Pakistani Journalist Maham Javed narrated an incident in which Zafar tried to kiss her cousin and even pull her into a restroom with him. She was saved by her friends and the girls didn’t report the incident to the police, considering the celebrity-power Zafar had.

So @itsmeeshashafi's brave sharing of her experience reminded me of a story about @AliZafarsays from many many years ago, when Ali Zafar tried to kiss my cousin and pull my cousin into a restroom with him. Luckily my cousin's friends were there to push Ali Zafar off https://t.co/kBQbBiwyFP

This was on a boat on the way to a party at the Yacht Club between 2004-2005. Why don't I remember the date? Bc this is what's crazy: in those days such sexual harassment was such a non issue and simultaneously such a taboo that we hardly spoke about it

We didn't even think of telling anyone, apart from friends, or reporting him because "he's a celebrity, no one would possibly care or listen". And tbh over the years we forgot the story ourselves, until today. Thanks @itsmeeshashafi for reminding us that our stories matters

Along with Maham, even Pakistani makeup artist Leena Ghani came out with her own story. She recalled various instances during which Zafar misbehaved with her and sexually harassed her. She said, “His behaviour displays a clear lack of respect for women. Inappropriate contact, groping, sexual comments should not fall in the grey area between humor and indecency.”

Thank you @itsmeeshashafi for your courage and your bravery. It’s never easy. But that should never silence us. I am in total solidarity with you. You are not alone in this because #Metoo #TimesUp #WeBelieveYou pic.twitter.com/hkQ61bqnFH

Here are some other tweets of women who shared the same story against Ali Zafar’s sexual harassment instances.

I’m not going to discredit someone else’s story … her experience is her own…but I can safely say that I’ve been in enough vulnerable situations around @AliZafarsays to know that he can be completely trusted.

This is really sad. When he came to Washington DC for SK fundraiser, I had high school student volunteer crying in a bathroom bcos he molesyed her, women like you protect men like that and vulnerable kids pay the price; awful

With women coming together to shame Ali Zafar for his predatory behaviour, here’s how Twitterati reacted to the news.

Guys Ali Zafar is a ‘son to a mother’ unlike all other predators who were borne from male ovaries and uteruses. Relaxxxxxx.

Not often do you see a celebrity in Pakistan accuse another celebrity of sexual harassment — Meesha Shafi has done this in the case of her fellow musician Ali Zafar pic.twitter.com/c1P7TanXfH

That's all Ali Zafar needed. A statement that involved celebrating how men are viewed (husband, brother, father) playing right into the hands of our emo, desi public. Now they're all defending his statement like THAT'S the truth.

Can't believe Ali Zafar has been getting a pass for pushing the hot-buttons. Just why didn't he get the gripe back then? pic.twitter.com/24RoUTLZQu

Spot them all & categorize them. They are why victims are silent & afraid.

“Don’t call Ali Zafar a rapist until it’s true” y’all call women liars the MINUTE they speak out about rape. You don’t give them benefit of the doubt, put them through rigorous trials & call them liars the whole time. So he’s a rapist unless proven otherwise. I said what I said.

I haven't trusted Ali Zafar since he went on a morning show years ago and said he once saw Priyanka in a mall in Dubai and didn't find her pretty bc she looked "dark and purple".

Whenever I think I’ve reached peak disappointment, a new man comes along to prove me wrong and disappoint me further. What the fuck, Ali Zafar?!

first of all, i love @itsmeeshashafi.
second of all, ali zafar is 100% cancelled and i don't need his statement to cancel him.

All of this teaches us one thing, no one could be believed.