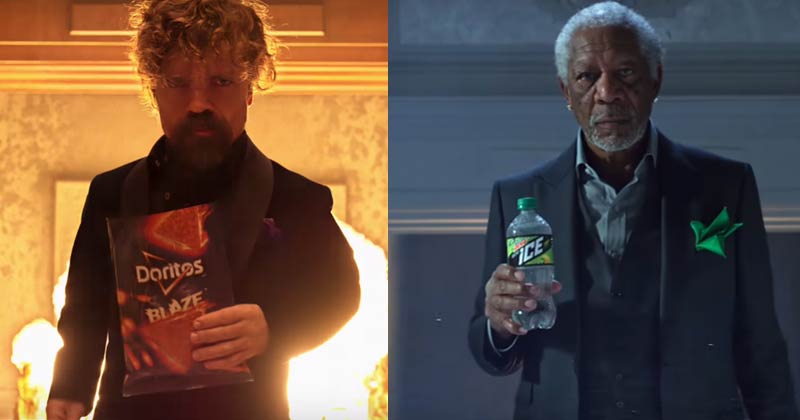 There are very few things in life that people absolutely love and adore, as Peter Dinklage and Morgan Freeman.

Dinklage has turned into one of the most loved characters from the most popular show on television, which is beloved for killing off its major characters. However, he’s one of the few that the makers can’t even think about crossing over due to his power on-screen and because he’s that amazing.

Then there’s Morgan Freeman, well, no one has enough words to explain this man.

However, have you ever, even in your weirdest dreams, thought of these two greats coming together and spitting fire with lip syncs on rap wonders by Busta Rhymes and Missy Elliot? We don’t think so.

But the new Doritos and Mountain Dew advertisement, released during the Super Bowl game, showed the two doing just that.

While Peter Dinklage, a.k.a Tyrion Lannister absolutely killed it at Busta Rhyme’s stint in Chris Brown’s Look At Me Now, it was Morgan Freeman who truly stole the show. Freeman effortlessly lip-synced to Missy Elliot’s iconic “Get Your Freak On.”

Check out the advertisement over here:

There is also a small behind the scenes footage from the advertisement which is as interesting as the real thing. Check it out over here:

Morgan is COLD AS ICE!! Watch my man come for Dinklage on 2.4.18 #MTNDEWICE

Considering the grandeur that these two actors possess, almost everyone on Twitter was blown away by this advertisement. Here are some of the best reactions to the video.

I have seen things you wouldn’t believe — I have seen Morgan Freeman rap to Missy Elliot.

Never knew I needed to see Morgan Freeman lip-sync to Missy Elliott until this moment. #SuperBowlCommercial

Super Bowl is considered to be the mecca of advertisement where everyone wants to put their best foot forward for their brand. All because of the large chunk of the audience watching the super bowl. Advertisers try to make some of the most interesting and amazing advertisements to catch the attention of the viewers, as well as, in the quest of going of viral.