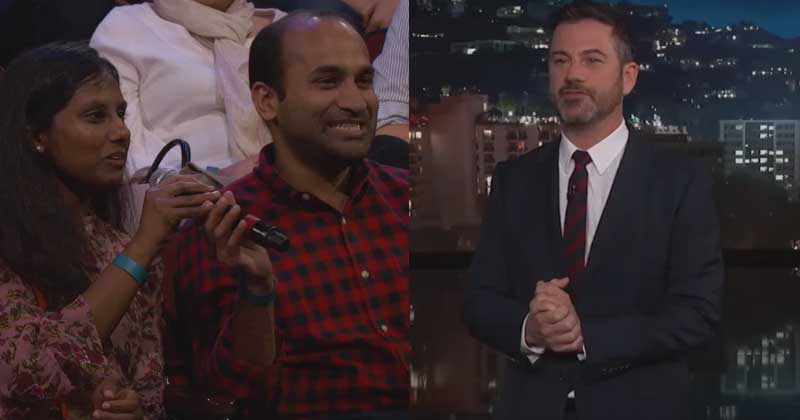 The concept of arranged marriage might have been followed by people worldwide once, but somehow, Indians are some of the only few who still indulge in the practice. Indians continue to get married as per the practice and while it turns out great for others, some often fall prey to bad people.

But more than the concept of arranged marriage, the process and procedure of it, is what remains complex for many. I for one, still don’t know how two different families meet and get to make a decision for the lifetime. And, if it’s complex and confusing for someone like me, one can’t even think of how difficult it would be for someone from a different culture. Like an American. They move out of their houses post the age of 18 and live alone and have to find someone reliable for themselves, something that is completely opposite of that followed in our country.

Behind the shoot of his segments, Jimmy talked to an Indian couple in the audience who had an arranged marriage. The couple tried their best to explain how there is a middleman involved in the process and both the parties have to submit their resumes for the entire thing as if it’s a job. The reaction to each and everything explained, by the audience and by Jimmy Kimmel is what’s hilarious about the entire thing.

The best part of the entire thing was Jimmy’s question to the guy, regarding if he did indeed get married for sex, which stands for 90% of Indian population, right?