Home Entertainment Hollywood “X-Men: Apocalypse”: The Final Trailer Reveals The Return Of Wolverine And It... 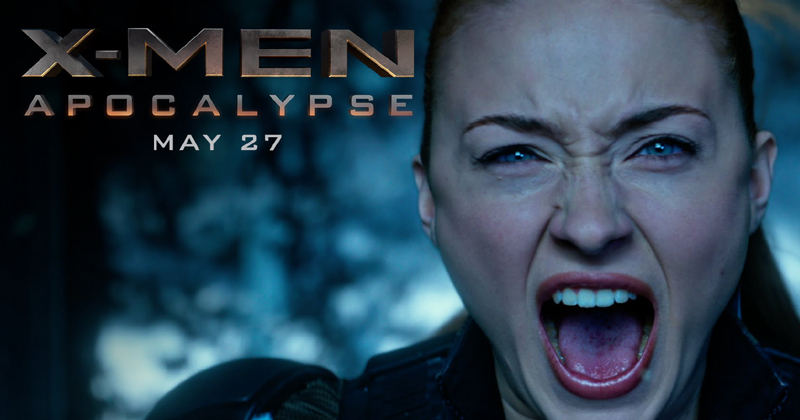 The final trailer of “X-Men: Apocalypse” is here and the makers decided to let out all the secrets they have been hiding till now. The story of “X-Men: Apocalypse” is twisted and interesting in it’s own way as Doctor Xavier’s and his pupils will be fighting against the most powerful mutant and his four followers. A bunch of newbie mutants against the god and the most powerful ones, it sounds crazy but it is gonna be one hell of a fight.

Apparently, the first and most powerful mutant who was once worshipped as god woke up after thousand of years and he did not like what the world has become. So he recruited a team of powerful mutants, that included evil and disheartened Magneto. He is on a verge of destroying the mankind and creating a new world of his choice but Professor X, Raven and a team of young x-men are not going to let him win. In the end of the trailer you will see those steel blades and that makes it clear that Wolverine won’t be missing from this edition of the X- Men.

The storyline is quite alluring but  if you just take it on a lighter note then isn’t that stupid that a person who was worshipped as a god went to sleep for thousand years and after waking up he wants to destroy the world because he didn’t like it the way it is. C’mon if you were so concerned you shouldn’t have slept for thousand years. LOL!

Anyways the movie has all sorts of drama. You will get to see Magneto’s son, Professor X will be kidnapped and Raven will be the new professor. A lot of action is awaiting with this installment of X-Men. Though we are not sure that Hugh Jackman will return in the movie or somebody else will play the character of clawed mutant but that all will unveil soon as the movie hits the UK theaters on 18 may 2016 and is directed by Bryan Singer.