Few actors do just as much action as they evocate romantic feelings on the big-screen and must, it be said, with such ease as Tom Cruise. The action-movie star who can still make women grow weak in their knees in his mid-50s is about to strike it big, well hope so, thanks to the latest instalment of the famous Mission Impossible series.

For the longest time now, the Mission Impossible series has become the standard-bearer to unfurl the dauntless courage and persona of one of Hollywood’s most good-looking studs engaging in adrenaline-pumping stuff.

He’s climbed hills, jumped off rocky terrains, dived from the tallest skyscraper there is in the world, stolen secrets, exchanged diamonds, been involved in high-octane, blood-boiling car and bike chases and even sand-jumped and but-kicked in a very Van Damme fashion in his famous Mission Impossible series. Yet, is there something that Tom Cruise hasn’t done for a one of a kind spy action-adventure franchise?

Well, of course. While he had even climbed on top of a moving transportation mega American plane, Tom Cruise hadn’t yet “Snow-balled” into a helicopter bringing about a huge heave of fire in the snow-mountains. Well, in case you were left wondering when was such a feisty thing going to happen- then thanks to Mission Impossible- 6, even that is being done by Tom Cruise.

But believe it or not, the climax part of the much-anticipated latest addition to a long-list of Ethan Hunt’s adventure has a deep connect with India’s Kashmir. In fact, as you are left head-scratching (well, probably), here’s what you ought to know in regards with the latest Tom Cruise thriller you may have missed out on.

The final part of the sequence of the yet to be released Mission Impossible 6 had to be shot in an atmosphere that is rightly described by the makers as “politically complex and volatile.” Hence, it was decided to shoot the decider sequence of the mega Tom Cruise flick in Kashmir, in Northmost India. 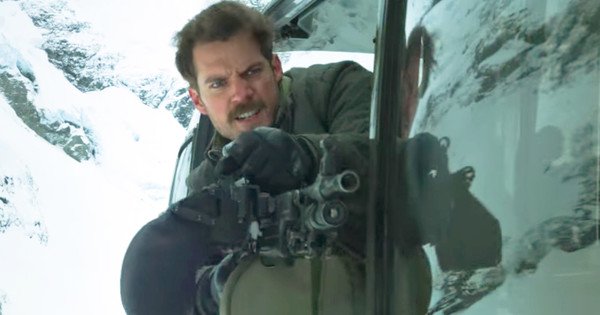 Actually, this is only half-true and factually incorrect, even as it is fundamentally right.

Well, we know we are adding to the confusion. Let’s release it once and for all. Since shooting the high-octane and very risky helicopter-involving stunts in an already polarised Kashmir was kind of really tough, the makers of Mission Impossible 6 instead decided to focus on New Zealand.

So what did we have in the end, one might ask? New Zealand that was made to look like Kashmir, can you believe it?

Yes, you read that right. Since New Zealand also happens to have the enigmatic and scintillatingly charming snow-capped hills as the great beauty of India- Kashmir- everyone decided that it might just make sense to shoot the deciding sequences in the Kiwi-land. Hence, Kashmir which was ought to have been originally at the backdrop of a very nervy part of the Tom Cruise thriller went into becoming New Zealand.

Also starring in Mission Impossible 6- expected to arrive any time around July 2018- are Henry Cavill, of the Man of Steel fame and, Rebecca Ferguson, who was seen in the last instalment of the famous MI series, Rogue Nation. Well, Tom Cruise fans, are you excited?

Perhaps, we all ought to be. It’s Tom “Ethan Hunt” Cruise once again in a truly extraordinary, one of a kind action-adventure thriller with a spy backdrop at the end. Could it get any more interesting?