Home Entertainment Hollywood These Movies Would Make You Believe That Jim Carrey Is A Real... 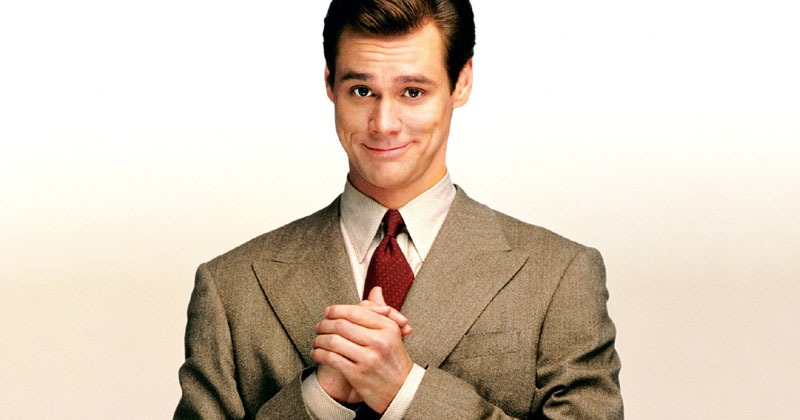 Jim Carrey is one of the most talented and versatile actors our world has. He came in the 80s, ruled the 90s, mastered the 2000s and then reinvented himself in 2010s. Carrey is known for having the most pliable face in Hollywood and has done, what many failed to achieve and perform.

His movies in itself are a work of art, they can be comic or extremely mind blowing because there’s nothing in-between for the ‘Mask’ actor. Carrey floats in the world of extremes and has seen and been through a lot with a smile on his face. None of his contemporaries can pull off his roles in Dumb & Dumber, Ace Ventura or Me, Myself and Irene.

Jim Carrey turns 54 today and we would like to congratulate and thank him for making our film life wonderful. We have gathered a list of some of the most amazing and astonishing performances by Carrey, which everyone should witness at least once in their life.

Jim Carrey plays the role of Bruce Nolan who gets the opportunity to become God.

Carrey plays the role of Count Olaf who wants to steal the vast fortune of three little kids whose parents died in a massive fire.

Fletcher Reede (Jim Carrey) is a lawyer who is not able to lie for 24-hours due to his son’s birthday wish.

No one can ever recreate the role of The Grinch after Jim Carrey’s performance for the same. He did wonders while acting for the role and made the movie as well as The Grinch an iconic movie and character.

Carrey plays two completely different personalities of Stanley Ipkiss who is a bank clerk and of a frenzied superhero with an ease like no one else, in this movie.

Man On The Moon is a biography of Andy Kaufman, an iconic comedian, which has been portrayed brilliantly by Carrey.

Ace Venture is a two series movie where Carrey plays the role of a pet detective who is goofy as hell.

Dumb and Dumber is said to be one of the best comic movies of all time, where Jim Carrey plays the role of Lloyd Christmas who went on a cross-country adventure with his friend.

The Truman Show has one of the most amazing movies plot ever. Jim Carrey as Truman Burbank discovers that his entire life is, in reality, a television show which is watched by millions of people.

Jim Carrey plays the character of Joel Barish in Eternal Sunshine Of The Spotless Mind, and the movie is said to be one of the best and wonderful movie of Hollywood as well as Carrey’s career. It is beautifully directed, written, shot, enacted and presented to the audience. The concept of the movie would make you think about it for a really long time, which is always a great thing for any actor’s work.

All of these movies have something different in them, however, they have been mastered and given out as some of the most brilliant work of art. Jim Carrey is and would always be considered a gem for the movie industry.