Home Entertainment Hollywood This Is The Perfect Dumb And Dumber Reunion We All Deserved With... 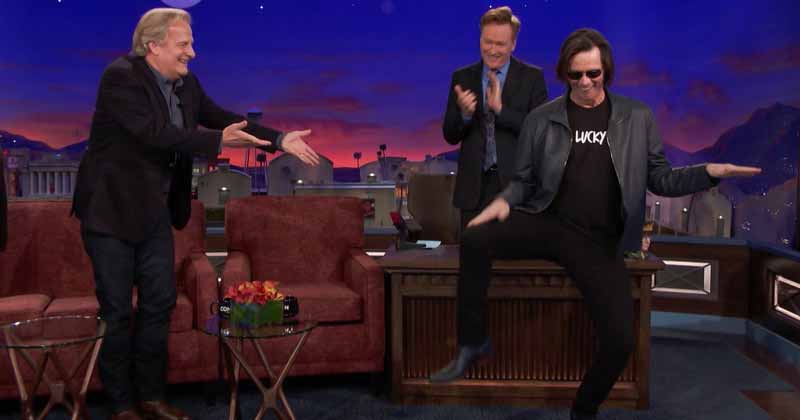 Jim Carrey is one of the best actors in Hollywood who was able to gather some hardcore and devoted fans of his work, right from the start of his career. While he has some heavy movies to his name, the one with gravitas and strong storyline, there’s absolutely no way one can simply forget about his comic side. There’s nothing that can match to the perfection of Jim Carrey as a comic and there are some really really good movies to support this statement. 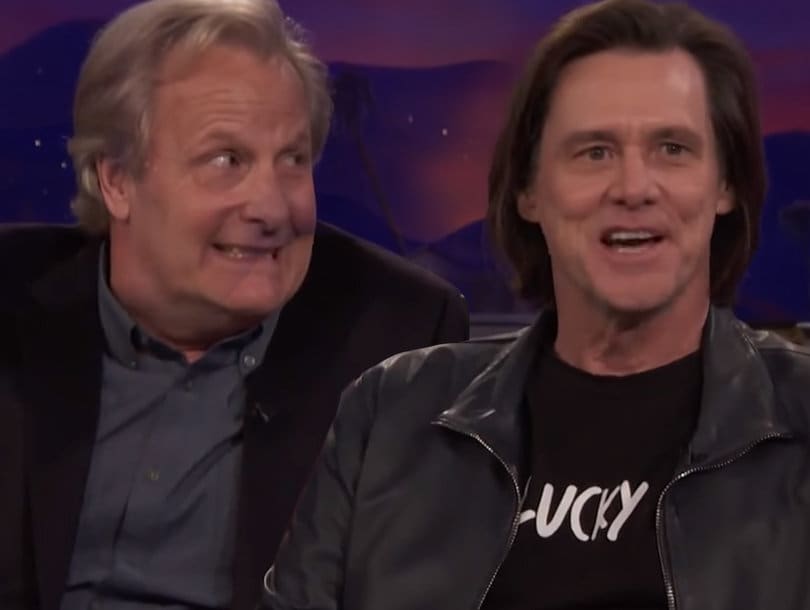 Somehow, the second part turned into a mockery of itself, which still hurts every Dumb and Dumber fan, considering the love they had for the duo and their chemistry on screen.

But fret not, Dumb and Dumber stars Jim Carrey and Jeff Daniels had a mini-reunion on Conan O’Brien’s show, Conan.

A picture of the two was tweeted out by the official Twitter handle Team Coco. The tweet read, “#CONAN Highlight: @JimCarrey crashes @Jeff_Daniels’ CONAN interview for an impromptu “Dumb and Dumber” reunion.

Check Out The Video Over Here:

This is not a small new, it’s a big big news which is why every Dumb and Dumber fan had the responsibility to absolutely freak out about the news and that’s exactly what they did. Conan’s tweet gathered a massive audience who couldn’t contain their excitement about anything remotely this great happening. Check out all the super cool reactions the video got.

This just made my morning. I'm not even a Dumb & Dumber fan but I love these two SO FREAKING MUCH https://t.co/cNtoEntux0 @JimCarrey @Jeff_Daniels pic.twitter.com/XPKeur2ah2

When you see a long time friend that you haven’t seen for a long time and both start to talk about all the dumb shit you did together back in the days. pic.twitter.com/c2CD2Pzg2U

Above all, the interview of this mini-reunion got both the actors to shake a leg on their iconic dance moves from the movie which just made our day, night, week, month and year.