Home Entertainment Hollywood Sucker Music Video: Jonas Brothers Are Back And Priyanka Chopra Is In... 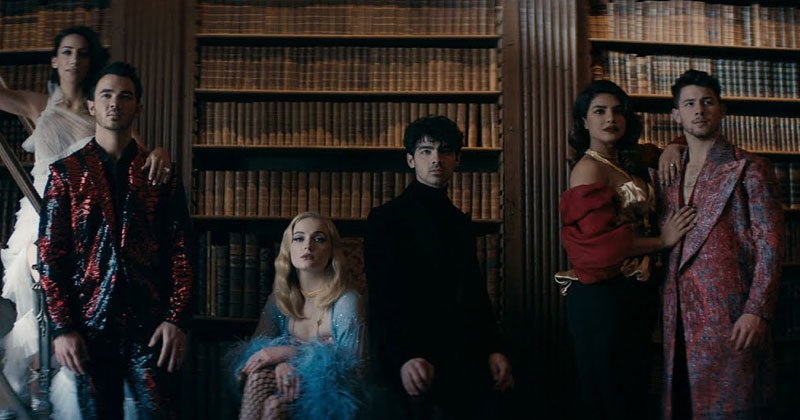 Before it was Nick Jonas and Joe Jonas with cake by the ocean, there were Jonas Brothers whose name could make all the girls go crazy. However, some six odd years back, the iconic trio parted their ways and went on to pursue their individual careers. But they are back and they are better than ever. The trio, comprising of Nick Jonas, 26, Joe Jonas, 29, and Kevin Jonas, 31, uploaded their first music video ever after six long years – Sucker music video.

That alone can make the entire world go crazy for the news, but that’s not all. The Sucker music video features Jonas Brothers and along with them, it has the iconic Jsisters including, Priyanka Chopra Jonas, Sophie Turner and Danielle Turner.

The song is about how one falls head over heels for their significant other and to have their real-life loves in the music video is no doubt the cutest thing ever. In addition to that this super sexy video sees the group rock numerous avant-garde costumes as they live out their Alice in Wonderland fantasies around a castle.

There are different moments in the music video where each member shines and gets to have their fair share of on-screen PDA with their lovely ladies before they all come together and pose while an artist paints their portrait. Looking at the Sucker music video one can indeed say that this is a family affair.

The trio decided to announce their official arrival with an appearance on The Late Late Show with James Cordon which will pan from coming Monday to Thursday. And, before the release of Sucker music video, a small clip as a trailer was posted by James Cordon on his Instagram.

The entire thing looks amazing, from the music video to the music to the official news of Jonas Brother coming together and we are wholeheartedly looking forward to all the other amazing things from the trio in the coming future.