As he turns 50, we look at the reasons that make Owen Wilson a great actor!

Anyone who says that nice guys finish last is probably mistaken. Probably he or she is yet to meet Owen Wilson. Would you say that he’s last in the bottom of the Hollywood pyramid?

He may not have done mega blockbusters like Tom Cruise. He may not be a numero uno choice to play serious characters like Tom Hanks in Sully. In fact, you would probably imagine him to be the best choice for a drunk and mumbling James Bond, say in a satire whose time has truly arrived.

Owen Wilson may not be a Rolls Royce that finds its way on top of Box Office stardom with each passing Friday. He’s a Caravan like a Ford-150 that is pleasantly on the move until it chances upon a Malibu beach where, you know, one’s gotta stop and chill.

But there’s a lot that Owen Wilson has that most others don’t.

Owen is a living adjective of the simplest pleasures of life and the importance of enjoying them. It’s the harmless beauty that deserves to be tapped into, say something like a cup of Frappuccino by the side of the beach, a jog with an old couple leading to a perfect selfie, the inane pleasure of blowing bubbles in one’s own company, and who knows, hanging out with one’s pet and reading out a poem to it?

Owen Wilson doesn’t really need to prove himself to anyone. He doesn’t have to. He needs to merely do what he most enjoys doing; being part of movies that aren’t necessarily pure gold in their pristine cinematic value but keep us grounded and happy in life. His movies bring so much joy. They hardly seem to construct a mantle of dudeness on which Owen presides. They even poke fun at a man who often finds himself in uncanny situations, but one, who doesn’t mind being laughed at.

He knows he’s got a charm that makes him a subtle show-stealer if you like.

For instance the weather-reading Steve Dallas in ‘Are You Here’, who found discomfort in his news-reading job. For instance, Gil in Midnight In Paris who, in the suddenness of realizing he was amid a fascinating literary company in a whacky night-out began mumbling words he didn’t plan to utter in a chic Paris bar.

In both situations, does Owen find a way to be silently charming, isn’t it? His luminosity isn’t blinding to the eye; it’s easy. 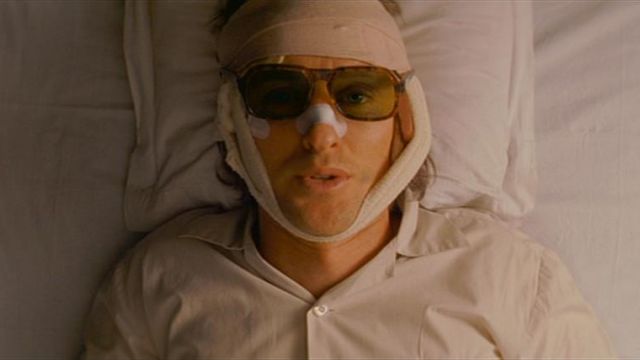 How many people possess that knack?

There are many reasons that make Owen Wilson a great actor and interestingly, none of them concern hardcore acting solidity. He’s not played a wounded war veteran, something like an inspiring Field Marshal. Yet, he’s gone as far as being Lt. Chris Burnett to keep the nemesis ‘Behind Enemy Lines.’ He’s not been a part of a Donnie Brasco-style heist plot, yet, he’s managed a few laughs, and not skidded into a cocoon with Zach Galifianakis alongside in ‘Masterminds.’ His heartwarming drama involving a dog might not have warmed one’s hearts like “Turner and Hooch”, but in Marley and Me, Owen’s ‘woof-woof’ chemistry with Marley was something to savour.

The Owen Wilson universe seems like a fun house party. It’s a laidback soiree of the kinds wannabe guests would gatecrash at any given moment.

After all, the idea to bite into some magic brownies or space cookies with Prodigy being played on a blaring decibel with the possibility of finding love amid scantily-clad women is just too tempting an idea to forego, say something like the aesthetic beauty or chaotic appeal of The Darjeeling Limited.

Having said that, hasn’t this 50-year-old Wes Anderson-collaborator, beer-loving dad of three who can charm merely with dishevelled hair and a random T-shirt been imprisoned to the image he’s often portrayed on-screen: that of a breezy American dude who ends up blurting ‘Wow’ a great deal?

A good-looking actor who looks as pleasing as he acts

Owen is known to play the nice guy, the one often in love and hence, in funny or awkward situations.

In some sense, his acting style reminds one of the gentlenesses of a Hugh Grant. Does it not?

But at the same time, Owen’s rendering of a cool-dude like persona to most parts stems from a space of raw talent.

In real life, he might seem like the guy who bears shades of characters played in Drillbit Taylor and The Internship. But he’s a bloke who guards his private life well and has a habit of skiing into a ‘no-entry’ zone. Guess it’s pure acting that enables him to transform from being a content bloke into someone who’s naughty and willing to give some a peek into his comfort zone.

A ladies man who plays the romantic lead damn well

From marrying Jennifer Aniston in Marley & Me to flirting with every possible struggling actress in ‘She’s Funny That Way’ to playing a jovial slacker in ‘Wedding Crashers’, Owen has stolen and broken the heart of everyone, be it Rachel McAdams or Christina Applegate.

There’s something so pleasant and non-condescending about Owen Wilson that it seems to endear him to the ladies ever so more. It also pans out well when you’ve got both looks and acting talent to market yourself.

Owen Wilson’s been criticized for doing the same role, over and over again. Fair enough.

So, how similar was his writer in Woody Allen’s Midnight in Paris to the funny but gangly youth in Wedding Crashers? Where was the sameness in Marley & Me’s wannabe journalist and No Escape’s family man escaping assault from Thai rebels?

If Owen’s efforts at going versatile can’t be tolerated then, well, let’s just discontinue Margherita Pizza from the entire world!

In a serious footage from ‘Are You Here’- arguably, Owen Wilson’s most under-appreciated film, he plays the good-hearted asshole who ends up asking if ‘There’s something for me?’ while the will of his best friend’s father is being read out. Similarly, upon being caught red-handed of smuggling in a few of his jobless buddies into the kids’ house in Drillbit Taylor, Owen Wilson’s guilt fell flat on his funny face, making way for a laugh or too. It’s evident when his character keeps the Samoan bodyguard busy in the climax only for his best-friend to sneak into his workspace secretly. If that’s not pure comic eccentricity then what is?

Owen Wilson’s actually the cool breeze flowing over the mountains that’s unflustered by the phenomenon called climate change. He’s the paintball that’s responsible for colouring our lives with a bit of fun, reminding us to loosen up.

To girls of different ages, he’s the bloke who can compel one to opt for a Hall-Pass. He is the one who can hit hopelessly on a cheerleader, only to make her daughter fall in love with his cute, cuddly monomaniacal jingoisms that mostly stop at ‘Wow.’

For all this and more, I tip my ‘hat to him’ as most Owen Wilson characters concede in films!