Home Entertainment Hollywood These Are The Most Disturbing Movies That You Can Ever Decide To... 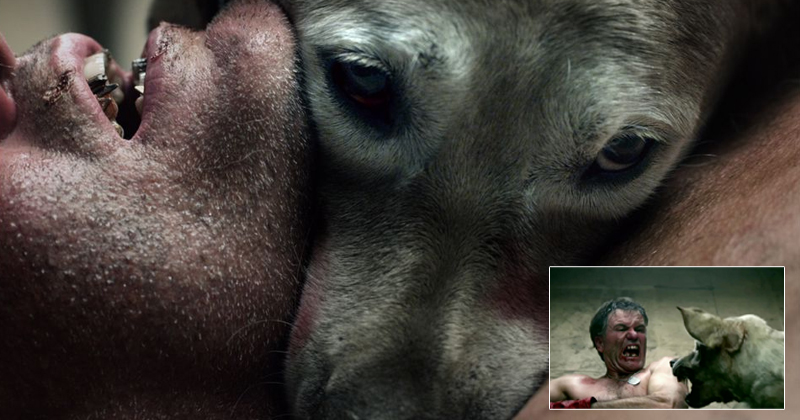 Only and only if you can live with imagery from some very disturbing and creepy movies, then go ahead and check out the list of the most disturbing movies.

From mass murders to mass execution everything can not be considered entertainment, but for some it is. And, if you also think of yourself as one of these people who can sit through some of the most disturbing movies ever, then here’s a list of 12 movies that you should absolutely must-watch and get the answer for yourself. And, as for those who are very weak-hearted, we would just like to say, be as far from these movies as possible. However, if are really interested in knowing them, then give it a try and see for yourself.

1. The Boy In The Striped Pyjama

The Boy In The Striped Pyjama is based on the novel with the same name and it’s one heck of a journey to be on. Set in the time of Holocaust, it’s said to be one of the most realistic representations of those times. The story is seen through the innocent eyes of an eight-year-old, Bruno and that’s what makes it more disturbing. Because all of this happened and it happened in front of kids just like Bruno.

2. The ABCs Of Death

If you’re not scared of death or murder then this is just for you. It is a 26-chapter anthology which showcases death in all its vicious and brutal forms. There are some really disturbing visuals and scenes in this one that would end up giving you many sleepless nights. definitely one of the most disturbing movies that I have ever watched.

120 Days Of Sodom is a story of how four fascist libertines gather nine boys and girls and start mentally and physically torturing them for one hundred and twenty days. It’s so disturbing that it should be on everyone’s most disturbing movies list.

5. Requiem Of A Dream

Requiem Of A Dream is one of those mind-fuck movies that will leave you to think about it for days. You’ll feel completely into the movie while watching it, and the situation will remain the same for the next 2-3 days.

The Neon Demon has an ending which takes a lot of time to get out of your mind. Another classic, will-make-you-think-about-it-for-days kinda film.

So, do you take the challenge?