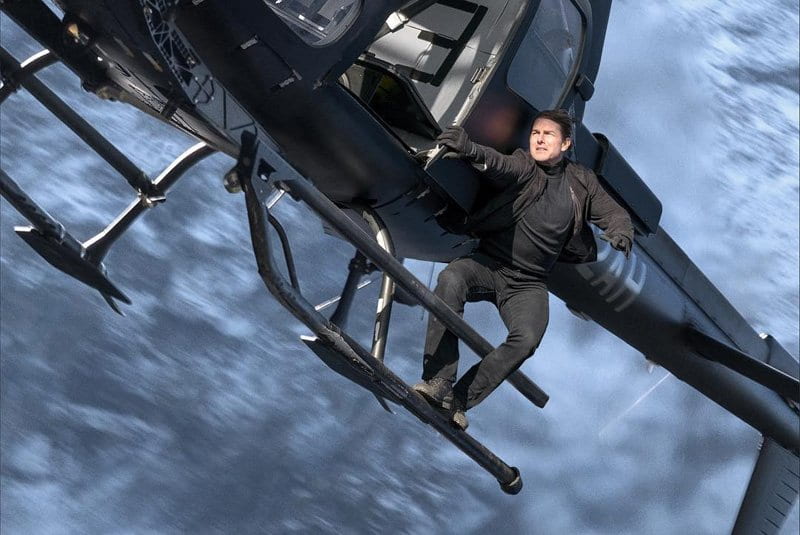 We can finally spot Tom Cruise back in his territory of doing risky and mind-boggling stunts himself, and there’s nothing more special than that. Mission Impossible: Fallout is the sixth installment in the MI series, however, Ethan Hunt is still the most trusted man on the team to make things go right.

The Mission Impossible: Fallout trailer opens with what looks like the aftermath of a mission gone wrong and also some plutonium has gone missing from Hunt’s end. Now, Ethan Hunt and his IMF team will race against time to make things go right again. In the midst of all this, Tom Cruise undergoes some death-defying stunts, along with a helicopter chase, motorbike chase, rooftop chase and almost everything else in the trailer looks stunning.

One particular scene from the Mission Impossible: Fallout trailer that catches our attention was the bathroom fight sequence with Henry Cavill. Each punch and elbow blow is so powerful that it can immediately send chills down your spine.

Along with Tom Cruise, Alec Baldwin and Rebecca Ferguson will reprise their roles from the previous films, whereas, Henry Cavill, Angela Bassett, Sian Brooke and Vanessa Kirby are the newest members in the latest one.

The MI franchise is in its 22nd year now, yes the first ever MI movie was released in 1996, and Ethan Hunt (Tom Cruise) can still pull off some out-of-the-world stunts.

In the latest from the franchise, Cruise is back with the Mission: Impossible: Rogue Nation and Jack Reacher director Christopher McQuarrie. The film is all set to release on July 27th, 2018.