Why you have to got to watch, and maybe, re-watch Knight of Cups?

“Thank you O Lord for the white blind light. A city rises from the sea. I had a splitting headache from which the future is made.”

Those were the words of the great American Rock musician and singer-songwriter Jim Morrison, frontman of The Doors. You put that abstract piece of lyrical writing and place it on a montage of flickering images from the attractive Knight of Cups and all of a sudden, it seems to make sense.

It appears as if Christian Bale is Jim Morrison on this occasion, dressed of course, not in velvety or simmering leather pants but in denims and loosely hanging, barely there jackets, off-shouldered, moving along, rather aimlessly on a few occasions as if his body was a slave to the musings of the mind, a mind that’s lost and disconsolate despite the fanfare around. It’s as if someone was playing a hypnotic beat to sufficiently tame the mind into embarking on a wild adventure one too many.

An old common joke is, how do you make a line smaller without doing anything to it in terms of a change to its shape? The answer, unrepentantly smart, is making a taller line right next to it. The previous shape becomes, automatically shorter.

In one frame, you see a pretty girl amid a groovy party with Bale’s flirtatious, obsessive, truth-seeking writer making some advances toward her, for well, not exactly having a happy meal from McDonald’s!

That’s the so-called first line on the paper.

In another frame, the visually-spectacle drama sees a fast road car, tripping incessantly to a mouth-watery setting of a svelte Los Angeles sunset, amid a splendorous alley of pine trees with melodious tunes of the four-wheeler compelling two possible lovers to scale down the boundaries between them. 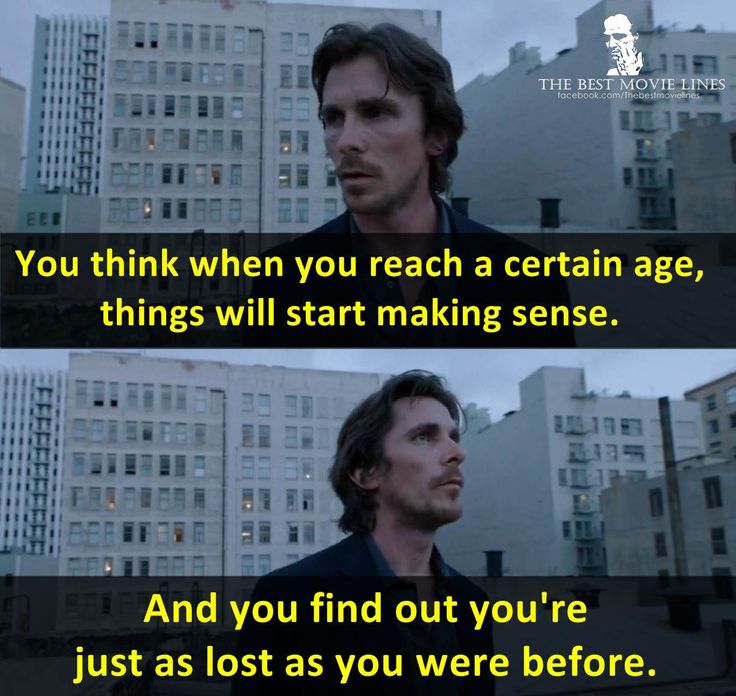 What happens next is easier to guess, much easier than guessing the month that falls after November.

In either case, the audience wishes to live, at least, in some way, the life of Rick, played with a bit of melancholia, a bit of sedate charm but with lots of gravitas by, believe it or not, everyone’s favourite Batman: Christian Bale. And what compels them to do so is Terrence Mallick.

The film has an exciting assortment of women, who can both act and be show-stealers and do the same, in a darn fine manner, at the almost same instance. There’s the charming Freida Pinto, for a span of time that’s as little as the lasting of a rainbow post a fuzzy rainfall. She will tempt Bale’s meandering writer- who strangely isn’t shown holding a pen or seeking a paper in a single frame- strongly before vanishing. There’s Natalie Portman, married to another guy but coming close to Bale. There’s also Imogen Poots, burning with a sexual electricity that someone like Bale can charge. Then, there’s Cate Blanchett, Bale’s estranged wife, a compassionate doctor.

In the middle of hovering around from a chick to a woman is the man of poise and charm, but one who’s also harrowed by an unclarity about life.

“What is it that he truly seeks?” is what you consider the key takeaway from the film, spurred by random muttering of words- go, find, seek, get lost- that amplify stunning visuals that are cringe-worthy in their treatment of the bustle of LA and the sprawling charm of Vegas.

Truth be told, Knight of Cups is hard to imagine minus Christian Bale. He’s the knight on a mission to find his true self, one grappling with the soulless existence defined by work, emotional lows exacerbated by the demise of a brother and a bickering family, and his lust for life.

Why Knight of Cups should attract you is explained in all of the above. Why it may not is the blurry narrative that often challenges what is a monosyllabic albeit arresting visually-charged plot.

Is it really love that Rick seeks or is it his inkling toward lustful encounters with women. If he’s not wild, why’s he even with multiple women?

You are the judge, in the end. If Mallick wanted the viewers to be the judge, then it can be said, he’s seduced them well enough into answering them.

That success leaves us disenchanted, often wanting that extra something from life that we can’t figure is captured well by a movie that is tender, fun-loving, and yet, brooding with an intensity.

That we know this too well already may explain its possible downing.

Yet, in either case, while the film may not quell one’s philosophical search for an ideal life, the means to seek fulfilment, how to find a sense of completeness, what it does is that it touches these themes well enough to compel you to think of life from what often are lesser-examined perspectives.