Finally. The confirmation that every Kardashian was waiting for is finally here.

Khloé Kardashian has finally and at last confirmed her pregnancy in a super long and super cute Instagram post. Khloé and her NBA player boyfriend Tristan Thompson are expecting their first child together and now there are a lot of speculations going on, on the Internet.

But before that, let’s talk about Khloé Kardashian’s Instagram post. In a true Kardashian fashion, even this sister decided to break the news with a flawless and high-styled picture of her baby belly, with boyfriend Thompson’s hands wrapped around her.

This post finally puts an end to all suspicions revolving around their pregnancy, because none had yet confirmed anything. As per People Magazine, Khloé and Tristan are welcoming a son in early 2017.

My greatest dream realized! We are having a baby! I had been waiting and wondering but God had a plan all along. He knew what He was doing. I simply had to trust in Him and be patient. I still at times can’t believe that our love created life! Tristan, thank you for loving me the way that you do! Thank you for treating me like a Queen! Thank you for making me feel beautiful at all stages! Tristan, most of all, Thank you for making me a MOMMY!!! You have made this experience even more magical than I could have envisioned! I will never forget how wonderful you’ve been to me during this time! Thank you for making me so happy my love! Thank you to everyone for the love and positive vibes! I know we’ve been keeping this quite but we wanted to enjoy this between our family and close friends as long as we could privately. To enjoy our first precious moments just us ❤️ Thank you all for understanding. I am so thankful, excited, nervous, eager, overjoyed and scared all in one! But it’s the best bundle of feelings I’ve ever felt in my life! ❤️❤️❤️

95.2k Likes, 6,649 Comments – Khloé (@khloekardashian) on Instagram: “My greatest dream realized! We are having a baby! I had been waiting and wondering but God had a…”

After the news broke out, Khloé Kardashian took it to Twitter to thank her fans for all the congratulations and for “understanding” her.

I was so nervous to post our announcement but WOWWW I am overwhelmed with the response by you guys!!! Thank you! Thank you! ❤️❤️❤️❤️ I love you guys!!

I still can’t believe it ❤️ 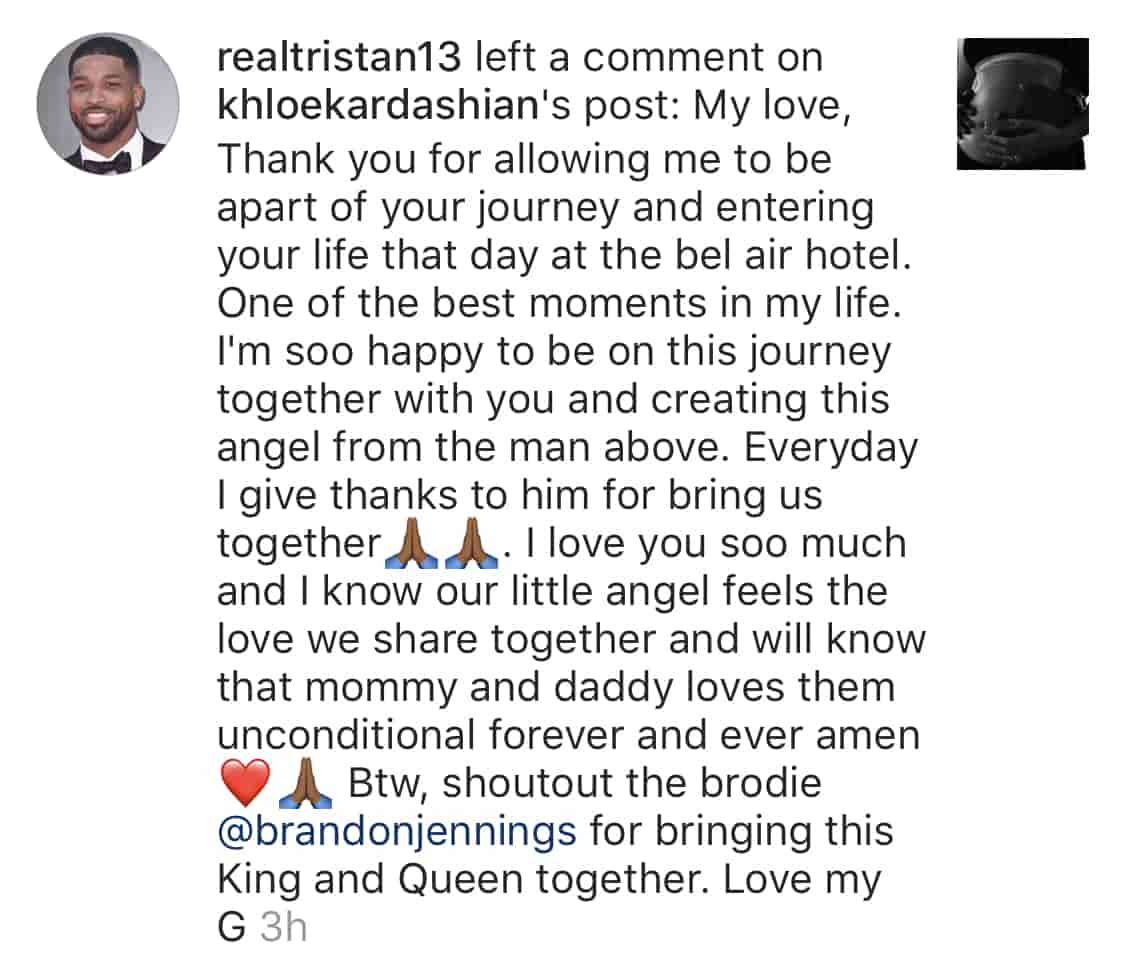 Now that Khloé has confirmed her pregnancy, the Kardashian enthusiasts are waiting for Kylie Jenner to come out with her news too.

As per source, Kylie Jenner is also expecting a baby girl with her boyfriend Travis Scott. Kylie’s kid is due in February, however, nothing has yet been confirmed by any party.

Along with these two, even Kim Kardashian and husband Kanye West are expecting a third child after hiring a surrogate to help them. Kim has already announced the arrival, on the 10-year-anniversary season trailer for Keeping Up With The Kardashian.

2018 is indeed a baby-filled year for the Kardashian-Jenner clan.