India is burning. It’s not too hard to know how or why, for that matter. Well even if not entirely, then, at least, in several parts. Whether the Citizenship Amendment Bill (or CAB) finds a change in its fortune in the Supreme Court and basis the Supreme Court’s order comes at a later stage, but where it stands at the moment, then it’s not that difficult to note the widespread unrest in various parts of the country that have revolted against a bill that according to many is “anti-Muslim!” Various cities, in the wake of the furor surrounding the Jamia protests, have risen with vitriol and have extended support to the plight of the protesting students.

Giving support to the protesting students in the Delhi-based Jamia University, have been other universities located in wide-reaching parts of the country, such as the Aligarh Muslim University, the Maulana Azad National Urdu University, the Benaras Hindu University (BHU) and the likes.

But among the things that have made headlines, apart from the widespread clamor against the CAB, is the strange state of silence most Bollywood stars and other celebrities of that order have resorted to. Apart from the likes of Akshay Kumar, Taapsi Pannu, and a few others- one’s been rather surprised about the absolute no response from usual Bollywood heavyweights to the aggression that erupted over in Delhi.

News in some press also suggested that perhaps Shah Rukh Khan of all stars should have at least said something in support of the students from Jamia Milia, his alma mater. But then, there was a grim silence that perturbed most.

But no response from Bollywood doesn’t mean that others from the entertainment industry in the west didn’t speak their mind on what’s clearly a burning issue in India.

There were some reflections made by John Cusack on Jamia protests. The famous Must Love Dogs, Grace is Gone, Max, America’s Sweethearts, and several other popular flicks, is noted as someone who does not really shy away from expressing his views on political and other matters that concern national affairs and the larger interest of the people.

In the past as well, John Cusack has been vocal in his opposition to both George Bush and even Barrack Obama, going as far as saying that the latter was even ‘worse than George Bush.’

Furthermore, Cusack, a close friend of Jeremy Piven, and someone who is respected for his acting versatility has even collaborated with India’s famous author Arundhati Roy in an interaction with Edward Snowden, that was published in the form of a book.

But it’s really interesting to know the views of John Cusack on Jamia protests. Here’s what the famous actor shared:

“Reports from Delhi are it was a war zone last night – Fascism is not a joke – we use the word with the understanding it’s deadly,” Cusack wrote in a tweet.”

In fact, that is not all, implicit in the views of John Cusack on Jamia Protests is the fact that the actor’s timeline was bellied by a series of tweets that reflected the actor’s sympathetic views on the current burning issue in Delhi.

That’s not all. John Cusack also went ahead and exclaimed that the “fascist rule” was trying to get the students against one another and also noted the failure of demonetization, a facet he regarded was perhaps being covered by the current government.

He also shared some videos pertaining to the issue that is not only being widely debated at the moment but has hardly found a dearth in support from that faction of the media that does believe in the principles of responsible and conscientious journalism. 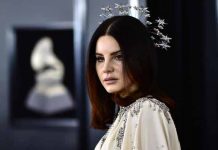 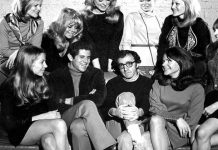 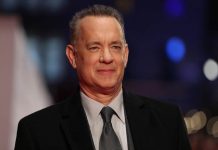