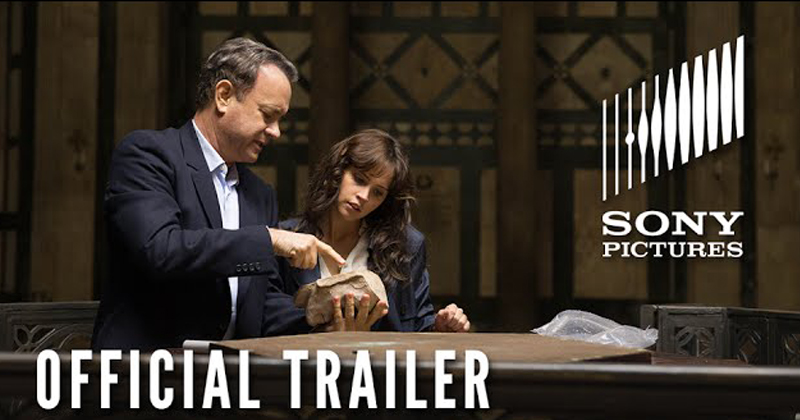 I have always been a Robert Langdon fan and when I read Inferno it shook my brain beyond imaginations. Since then I have been eagerly waiting to see this concept as a visual creation and when the teaser of the movie came I had to firm my patience to wait for the trailer and finally it’s here. The world’s most powerful mind is back and Tom Hanks once again is ready to astonish his audience with his impeccable performance in Inferno.

Inferno is originally a part of Dante Alighieri’s Divine Comedy and Dan Brown took the perfect inspiration to carve this one down. The story revolves around Robert Langdon who is facing a partial amnesia and holding a secret that is much bigger than his life. He learns that someone created a plague and left clues for Robert and now only he can save the world. In order to so, he teams up with a doctor Sienna Brooks and tries to solve the puzzle. Irrfan Khan is also playing an important role in the movie and the intensity on his face clearly states that he has done justice to his character in Inferno.

Watch The Trailer  Of Inferno Here:

Apparently, someone is disappointed with humans and humanity and he thought unleashing hell on earth is the permanent solution. Now whether Robert will be able to stop this deadly global plague or not is the mystery. The movie stars Tom Hanks, Irrfan Khan and Felicity Jones in key roles. Directed by Ron Howard and is slated to release on 14th October 2016.

I Just Can’t Wait To Watch This One!! Super Excited!!