Home Entertainment Hollywood If You Love GOT Then These 7 Shows Are Must Watch For... 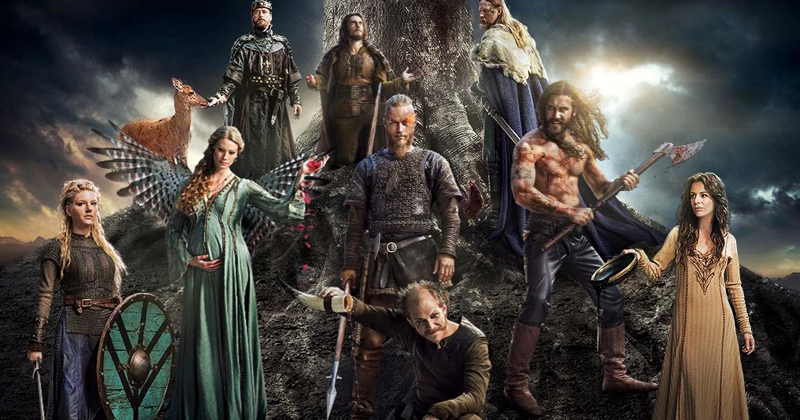 GOT season 7 ended and left us drying of such good content. And why not? Game Of Thrones is grippy, gory, and exciting. Be it dark dungeons or castles or snowy mountain we get to see unimaginable locations. The cast is matchless and the story is wicked yet bonza. But… but this year’s fun is over and we have to wait till next year to watch all this again. Now, I am a GOT fan and I know you think that to fulfill the blank space of GOT is not possible, and it could be true for you.

Yet, if you are looking for such series which can give you the same adrenaline rush then, I have just the list you need.

If you are a TV series maniac then you must have heard about it already as it is often compared to GOT. Some believe Vikings is better and others don’t. The show has some mythological elements and also includes the required amount of fantasy. The depiction of medieval Europe, England, and Scandinavia is simply admirable.

Apparently, Khaleesi isn’t the only character which has struggled to rise as a leader, in this series you will love the same sort of storyline. The outstanding backdrops, sets and action sequences will give you all the fun that you get out of watching GOT. Some claim that if one loves Spartacus, they will never like GOT again.

This series has battles, battles, and battles for the lost Spanish treasure. Ships, captains, and pirates, you get to see all the sailing fun and bloodshed.

This show is about politics, betrayal and power. The show includes history which is inaccurate but the imagination of the director puts all sorts of fun here. All the violence and sex will remind you of GOT.

A politician who is also a mobster. This series is captive, as it is laced with violence and corruption. The detailed direction of the series is its unique selling point.

It might not look like a GOT sort of series but believe me, the power struggles, blood wars, betrayals, civil war, and the rise and fall of Julius Caesar and Mark Anthony is so entertaining in this series that you will love it for its story line.

Another historical drama that will make your eyes glued to the screen. Although, this show was canceled after 2 seasons because it didn’t gain the much-deserved popularity, but you can watch it on Netflix. The battles and characters of the series will stay in your mind for longer than the whole series lasted.

So here you go. I have got you all covered, go ahead and watch all of them and I promise before you feel dried again, I will be back with a new list.