Home Entertainment Hollywood These Hollywood Spoofs And Parodies Will Crack You Into Laughter! 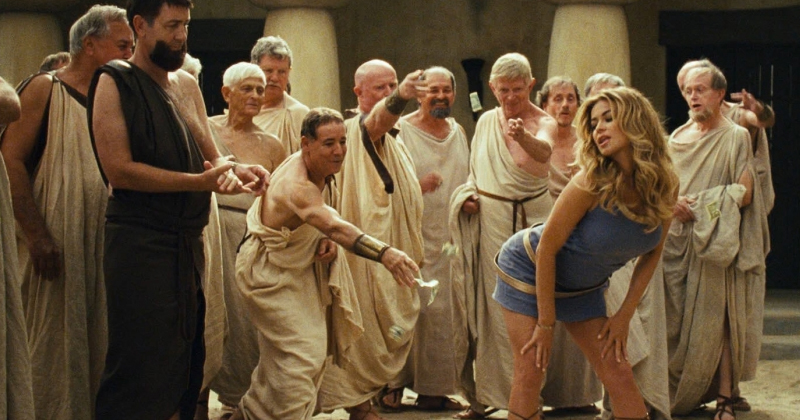 Making parodies and spoofs have always been a challenge for such buffoons who just love to attempt to make people laugh. I mean it is already a hard task to make someone laugh and mocking an already established movie needs a lot of guts and extraordinary power. But I personally think good humor should not offend anyone…. Right? May be that’s why India is way behind in making Parodies of movies because who would want a case filed in their name. Ahem! Talking about nepotism here.

People here in India get offended for no reasons at times, however, the West has an entirely different concept of Parodies and Spoofs and may be that’s why they make it amazingly hilarious. Think of it, Parody of a movie that is already a hit, cult or close to audiences heart…. I don’t think India can handle a Parody of DDLJ.

Hollywood has been making parodies and spoofs for ages and the best thing is that they do it unsurpassable. Well, not all of them are really famous but we have a list of THE BEST parodies ever. And we are sure you are going to binge watch them.

This is on the top most in the list because it is literally as popular as the original series. The scenes in the movies will make you laugh your heart out and we bet next time when you watch the original movies you won’t be able to shake off the parody scenes and you won’t be scared at all.

This may break the heart of every Twilight series fan but it is worth watching. Even it is making your heart cringe you won’t be able to hold your laughter.

Sharon Stone became the dream girl of many after the Basic Instinct showcased her smoking a cigarette in all those sexy outfits but this will here will humorously shatter that image.

4. The Silence of the Hams

The Silence Of The Lambs is still under the must watch list of many but the people who have watched it already will get out of the trauma after watching this parody as it is a 180-degree flip. The puns, expressions, and dialogues have been ruined so smartly. This one is a good one.

5. Not Another Teen Movie

Are you a big fan of teen movies? Well, this one here takes a gig on every teen movie ever made and shuts down all the fairy expectations.

I bet after watching this parody, every Marvel and DC fan would want to kill the maker but it is actually really high on satire that you can’t help but appreciate the smart portrayal.

The spoof of 300 gets funny with every sequence. While 300 was a war movie this one looks like a children’s game that is being played among some nasty ones.

So, grab some popcorn, switch off the lights and get in your bed and hit the play button. This weekend go comical.